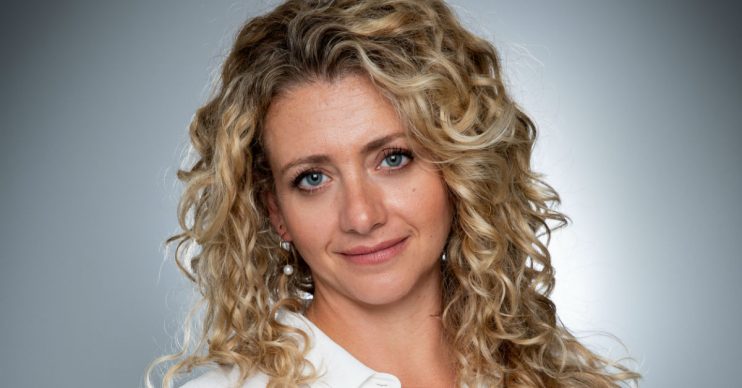 Everyone wants to forget about her - apart from victim Jacob

Emmerdale viewers had an unpleasant reminder of groomer Maya Stepney last night – and they’ve begged scriptwriters to get rid of her once and for all.

But it’s not as easy as that, because her victim Jacob Gallagher is still pining for her.

In scenes which exasperated many viewers who hoped they’d seen the back of the disgraced teacher, Jacob’s secret desires appeared to be laid bare when worried stepdad David Metcalfe and mum Leyla Harding found a photo of her.

On Thursday night (September 5), Leyla and David were both at a loss when they feared Jacob was waiting for Maya to be released from prison.

The pair found Jacob had been hiding a photo of his abuser in his bag but, when confronted, he promised them it was a mistake and he’d forgotten the picture was in there.

Read more: Emmerdale viewers want to see ‘vile Moira’ get comeuppance after her affair with Nate

Deciding to trust him, they left the photo with Jacob – only for him to hide it in a book the moment he was alone.

Those watching from home weren’t happy about Maya’s reappearance, with one tweeting: “Why is the name Maya rearing its ugly head again lately? Ugh!”

Another said: “I had a feeling he would keep the photo. He’s telling his family what they want to hear but inside he’s still struggling with it. Good episodes.”

Omg Jacob, obviously still loves Maya, but it's not his fault! #Emmerdale

But is Jacob telling the truth? Is he really over Maya?

A third said: “I think he should get rid of the photo and get on with his life.”

“Hasn’t this story dragged on long enough,” blasted one more.

In fact, many fans were right to say that Jacob was “keeping up a pretence” of being over his abuser, when really he seems to be making secret plans for their future.

Viewers know that schoolteacher Maya groomed Jacob into thinking they were in a real relationship.

As well as being in a position of power, Maya was also his dad’s girlfriend, making the whole thing even more disturbing.

They were finally caught out during the soap’s Big Night Out episodes when Priya Kotecha saw them kissing.

Maya eventually pleaded guilty to sending explicit text messages to a minor, and got a lighter sentence of a year which means she could potentially be out in six months.

With a Christmas release date on the cards for Maya, some fans believe she will return to the village for revenge. Oh no!

Do you think we’ll ever see Maya again? Leave us a comment on our Facebook page @EntertainmentDailyFix and let us know what you think!