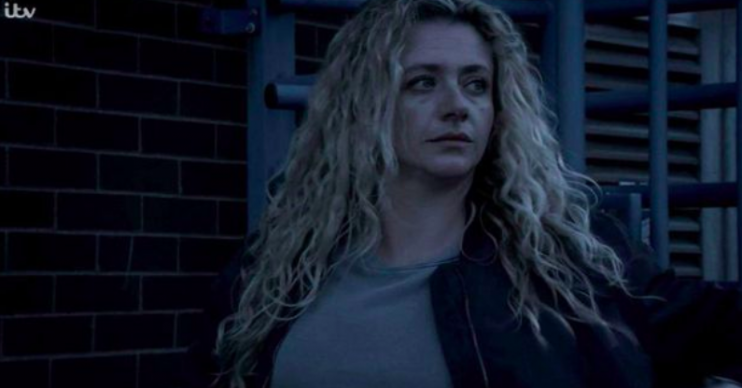 Fans of Emmerdale have slammed the soap for creating permanent links between abusers and their victims.

Viewers know that Jacob Gallagher was groomed by school teacher Maya Stepney, who was in a relationship with his father David.

Over the course of some months, the paedophile groomed the schoolboy into believing they were in a loving relationship and even began sleeping with him just days after he turned 16.

Eventually Maya was caught out by David’s ex-girlfriend Priya and Maya was sentenced to a year behind bars.

However in last night’s episode of the ITV soap (November 19 2019) Maya was released after serving just five months of her sentence.

David, and Jacob’s biological mother Leyla, realised they had to tell Jacob about Maya’s release.

Although the teen pretended to be okay, he immediately made his way to the prison, but David managed to stop him.

David tried to convince his son that seeing Maya would just land her back in prison and told him he would call the police if he went to see her.

Jacob eventually changed his mind and decided not to see Maya, however he insisted that he would make contact with her one day.

But he was left upset when Leyla stated that Maya would have contacted him if she wanted to see him.

However, at the end of the episode, viewers saw Jacob leave Maya a voicemail as she was being released from prison.

In the message he told her he wanted to be with her, but she quickly deleted his contact from her phone.

And when the camera panned down, it revealed Maya is pregnant!

As there is a chance the baby is Jacob’s, viewers didn’t like the fact the soap had potentially linked Jacob and Maya for life.

Maya is pregnant!! Wow, #Emmerdale really likes to link the abuser to their victims. It's disgusting. pic.twitter.com/SlakvPZXX7

Another baby with a parent who abused the other parent… Bails, Lee, Rebecca & now possibly Maya. 🙄 Lets hope the daddy is David. #Emmerdale

Wait… Maya is pregnant?
Another pregnancy that is a result from rape?

This comes after Victoria Sugden also fell pregnant after being raped by Lee Posner.

After finding out about Victoria’s pregnancy, Lee and his mother Wendy continuously harassed her.

Eventually, Victoria’s brother Robert attacked Lee and he died from his injuries.