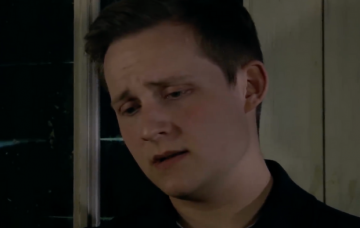 The storyline has gone on way too long for viewers

Emmerdale fans have issued a desperate plea to bosses to bring Lachlan White’s reign of terror to an end.

Viewers are growing increasingly irritated with Lachlan’s never-ending luck in the murdering people stakes and want him to face justice.

They watched in horror on Friday night as it looked like Lachlan had finally murdered Rebecca, and possibly stuffed her in a suitcase.

However, with no definitive answer, fans have taken to social media to just beg for the storyline to come to an end.

One wrote: “Massively disappointed in @emmerdale right now. Please put an end to the #Lachlan storyline, it’s so mundane.

“Absolutely pointless keeping #Rebecca locked up, only for him to kill her anyway! #Emmerdale #Sortitout #Boring”

Another said: “@emmerdale This has to be said, I’m getting so tired of the Lachlan storyline, WHEN IS IT GOING TO END, it’s beyond a joke now, I’m seriously thinking of tuning out and watching another channel at 7pm #Boring”

A third added: “OMG how long is this lachlan story line going to last for, is he going to kill the whole village before it ends?

But was she talking about Lachlan suffocating her? Or will Rebecca be revealed to be alive next week?

We know Lachan has killed before – at least three people, probably four, and counting – and attempted to kill Liv and Robert…

But would he kill his only last remaining adult relative?

Probably. After all, two of his victims were his own mum and grandad!

Or will a terrified Rebecca end Lachlan’s life instead?

How do you think this storyline will end? Leave us a comment on our Facebook page @EntertainmentDailyFix and let us know what you think!