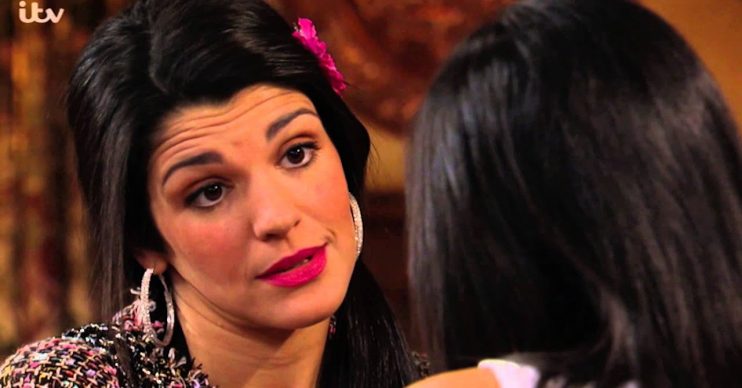 Some say it's unrealistic that she hasn't returned already...

Teen Jacob Gallagher has never needed a nurturing parental figure more than he does now – so it’s perhaps no surprise that Emmerdale viewers want him to have one.

Some soap fans have been pleading with the ITV scriptwriters to bring back Alicia Gallagher during her ‘son’s’ hour of need.

So where is she?

Viewers know that while Alicia is not Jacob’s biological mother, she raised him as if he were her own for 10 years.

In devastating scenes in October 2013, Alicia was forced to tell Jacob that her sister Leyla was in fact his ‘real’ mum – and he reacted by running away.

Alicia, played by Natalie Anderson, left Emmerdale in 2015 when she started a new life in Portugal, leaving Jacob in the care of David Metcalfe.

But, to some, Alicia will always be Jacob’s true mum.

Now, as Jacob seems in real danger from paedophile groomer Maya Stepney, there have been calls for her to comeback.

On a Digital Spy Forum, one user wrote: “Anyone else feel that the character of Alicia should be brought back for the conclusion of the Maya/Jacob story?

“It’s kind of out of character for her to have such little involvement in this story, considering she was a great mum to Jacob and it was her own sexual assault [by Lachlan White] that made her leave the village in the first place.

“I’m hoping she comes back, even for a few episodes to try and persuade Jacob to come to Portugal permanently after all this blows over.”

Another agreed, saying: “It would be nice to see Alicia back, even if it is only for a short storyline.”

A third added: “It is totally unrealistic if Alicia does not immediately get on the next flight from Portugal to Hotton International Airport.

“Portugal is only a couple of hours on a plane, it’s not the moon. […] Obviously I realise that Leyla is Jacob’s ‘birth’ mother, but she did not bring him up. Alicia for all purposes has always been his mother.”

“Alicia brought Jacob up and IS his mother,” concurred another. “She must’ve been told by now and, in reality, would be straight to the village!”

While one fan said Alicia would still have to be played by Natalie, another said perhaps the soap should recast more often so characters didn’t disappear.

One saw the funny side of the thread and wrote: “Pretty hilarious if Alicia came back right now… How many exes would David have circling round him then in one scene?”

In reality, actress Natalie is enjoying spending time with her real life son Freddie, who is six.

Would you like to see Alicia Gallagher return to Emmerdale? Leave us a comment on our Facebook page @EntertainmentDailyFix and let us know what you think!