A village regular returned to Emmerdale this week - and fans were thrilled to have her back.

Pearl Ladderbanks had not been on screen for months, before she reappeared on screen on Monday (January 13). 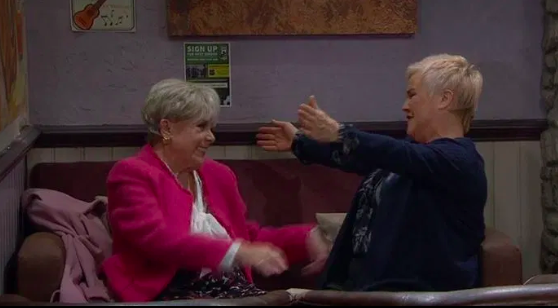 Pearl returned! But where had she been!? (Credit: ITV)

Veteran resident Pearl - played by Meg Johnson - mysteriously disappeared last October, and hadn't been seen since - leading some to believe she might have been killed off-screen.

But fans were happy when she turned up in the cafe and was reunited with Brenda.

Pearl - played by actress Meg Johnson - revealed she'd been living in a static caravan of all places during her time away from the village. 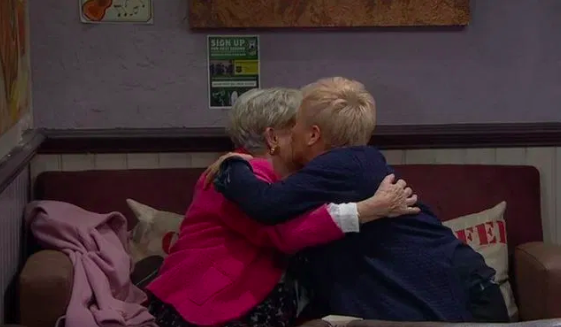 Pearl, who has been on the show since 2003, enjoyed a cup of tea and a natter with Brenda.

During the opening minutes of the episode, Brenda welcomed her friend and said: "I've heard all about you gallivanting off on your caravan holiday. I've been quite jealous."

She added: "Oh it's lovely to have you back."

Pearl made a welcome return to Emmerdale (Credit: ITV)

Bizarrely, though, Pearl didn't actually say anything during the scene, which baffled some viewers.

One said: "So the lesser spotted Pearl returns after eight months to not even speak? #Emmerdale."

Another said: "Dear Pearl, it really IS lovely to have you back. We LOVE Pearl. #Emmerdale."

So good to see Pearl again I’ve missed her #emmerdale

Dear Pearl, it really IS lovely to have you back. We LOVE Pearl. #Emmerdale

So the lesser spotted Pearl returns after 8 months to not even speak?#emmerdale

"So good to see Pearl again, I've missed her," said one more.

Was Pearl's return a brief one, or will she be involved in any upcoming storylines?

During her time on the soap, Pearl has been involved in some hard-hitting storylines including an addiction to online gambling, getting scammed by an internet get-rich-quick scheme and being blackmailed by Eric.

Did you miss Pearl? Leave us a comment on our Facebook page @EntertainmentDailyFix and let us know what you think!