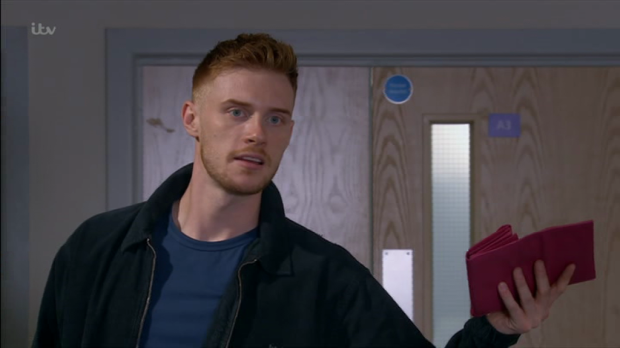 Can Luke be trusted?

Emmerdale fans are afraid for Victoria Sugden, believing that a ‘chance encounter’ with a handsome stranger wasn’t as innocent as it seemed.

On Thursday night (August 29), Victoria was surprised when a mystery man began talking to her at the hospital, and the chat soon became flirty.

Chef Victoria, who is pregnant with rapist Lee Posner’s baby, initially freaked out by the attention she got from Luke.

However, he was just trying to tell her that she’d forgotten her purse.

After she’d calmed down and had a heart-to-heart with Diane, Victoria realised why she’d overreacted and apologised to the stranger when she later bumped into him again.

But some fans don’t trust the newcomer, thinking he is in some way connected to the man who raped her.

#Emmerdale that bloke one of Lee's relatives? Explains why he's being in hospital all afternoon & worming his way into Vic's life. 😱 pic.twitter.com/jQWXp2X4Kd

One predicted: “Bet that guy she was talking to is visiting the father of her baby?”

Another added: “The guy is definitely a friend of Lee’s or family.”

A third said: “I don’t know why, but I have a feeling that he’s linked to Lee or a friend of his.”

“Is that bloke one of Lee’s relatives? Explains why he’s been in hospital all afternoon and worming his way into Vic’s life.”

Others saw no danger, instead hoped it was the start of a potential romance for Victoria.

After he refused to leave her alone, Vic’s brother Robert beat him up, leaving him in a coma.

Robert is now facing life behind bars for the assault.