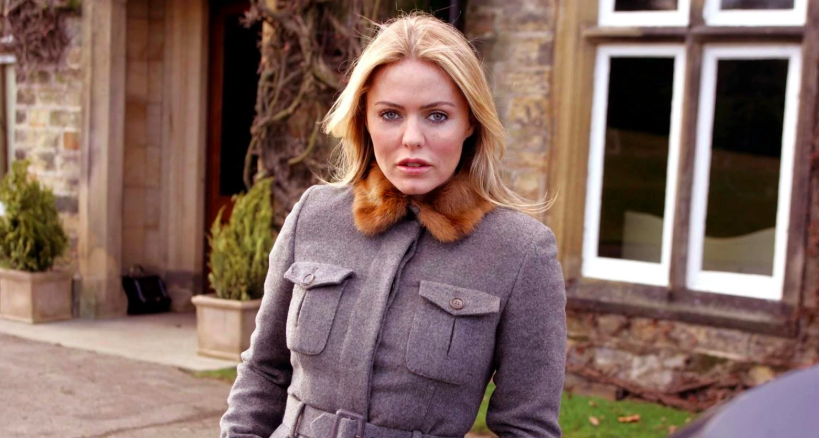 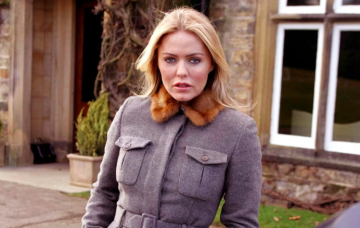 There’s been a lot of talk about which legendary blonde character Emmerdale could be bringing back next month.

And now fans have hit on an intriguing suggestion that could blow apart the village.

The show released a teaser image showing a blonde woman in a mask to coincide with Joe Tate’s masked ball at Home Farm.

That combined with Graham Foster making mysterious phone calls to an unknown person keeping them up to date with Joe’s life, had fans making multiple guesses.

Many fans assumed it would be the legendary Kim Tate returning because of the blonde hair and the high-profile campaign.

Read more: Emmerdale SPOILER: ANOTHER Tate to arrive in the village?

Others thought it could be Zoe Tate, despite actress Leah Bracknell’s health issues.

And some thought it could be Zoe’s daughter Jean coming to deal with her older cousin.

The former wife of Jimmy King hasn’t been seen in the village since she faked her death with cain Dingle to run away together in 2006.

Unfortunately for Sadie, at the last minute Cain wouldn’t let her get into the plane he had charted and left her with just a BMW and a tank of fuel.

Since then she’s been briefly mentioned and sent flowers for Tom King’s funeral.

And fans think she’s been plotting her revenge ready to return to the village.

One wrote: “I think its going to be Sadie King.”

A second added: “Patsy Kensit that’s who I thought it was.”

Do you want to see Sadie King back in the village? Leave us a comment on our Facebook page @EntertainmentDailyFix and let us know what you think!