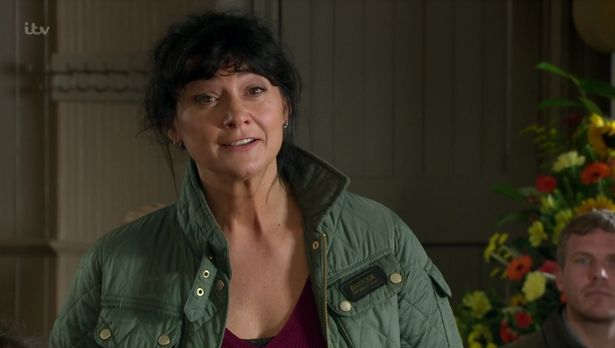 Fans of Emmerdale were left confused about Moira Dingle’s age earlier this week as it was revealed she got married to her first husband John Barton 30 years ago.

In Monday’s episode of the soap (January 6 2020), Matty remembered that his mum and dad had married exactly three decades ago.

He said to Moira: “You know what today is, right? 30 years ago today you and dad were married.

“I wonder what he’d think if he were here now? Maybe not much, given how you cheated on him too…

“Well I am moving out, I can only take so much.”

How old is Moira?

But viewers were left confused about just how old Moira is.

30 years ago moira was married? Wait, how old is she? #emmerdale

This means Moira was 18 when she married John.

Fans of the show know Moira and John were childhood sweethearts.

Together they had three children Holly, Adam and Matty, who was born Hannah.

At one point, Moira had a one-night stand with James Barton, John’s brother, and discovered after John’s death that James is Adam’s biological dad.

Moira had an affair with Cain Dingle and after John discovered the truth, he and Moira decided to give their marriage a go.

But sadly John was killed in a car accident and eventually Moira and Cain started a relationship.

Moira went onto become a mother figure to Cain’s son Kyle and the pair had a son together named Isaac.

Recently Moira had an affair with farmhand Nate Robinson who was revealed to be Cain’s son.

Since finding out about the affair, Cain has struggled to forgive his wife and it looks like the pair will be staying split.

Next week, Moira leaves to stay with Nana Barton – but when will she be back?