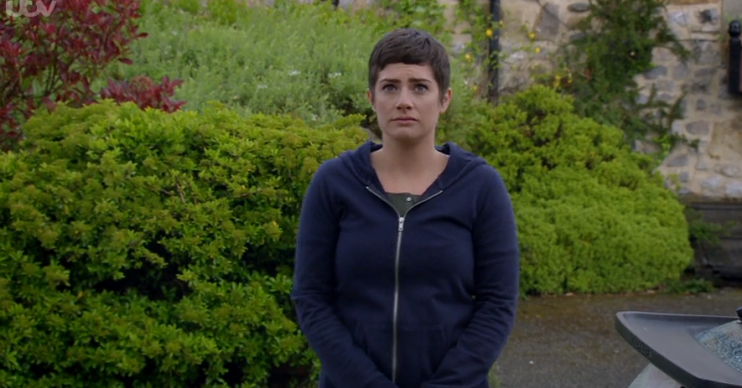 She's clearly got a thing about playing the evil guy's mum!

Susan Cookson, who has starred in Coronation Street and Casualty, has joined Emmerdale.

The 54-year-old star will appear as Wendy, the mother of Victoria Sugden‘s (Isabel Hodgins) rapist Lee – portrayed by Kris Mochrie – on the ITV soap next month, and she can’t wait to get stuck into the “gritty and emotional storylines”.

She said: “I am thrilled and delighted to be joining the community, both on and off screen, that is Emmerdale.

“I am also excited about tackling all the gritty and emotional storylines that are ahead for my character Wendy. I’m thrilled to be playing such a fantastic character.”

Wendy will head to the village next month to defend her evil son.

Executive producer Jane Hudson added: “Susan is a fabulous addition to the cast and we are delighted to have welcomed her onto the Emmerdale team.

“She is a brilliant actor and we can’t wait for the drama Wendy brings to play out.”

Susan is no stranger to the Dales, having starred as DI Judy Dove in the ITV soap in 2003.

She also knows what life is like on the Coronation Street cobbles, having appeared as Callum Logan’s (Sean Ward) mother Marion Logan from 2015 to 2016 – so she’s got experience playing the mum of a baddie!

She is perhaps best known for starring in Casualty as Maggie Coldwell from 2005 to 2008 and again in 2009 and 2015 spells, and has been in Early Doors, Fat Friends, Moving On, Cold Feet, and Waterloo Road.

Susan’s Emmerdale casting comes after Victoria was raped by Lee following a night out earlier this year.

Victoria had only met menacing Lee just hours earlier in a nightclub, and he persuaded her to let him walk her home after they got chucked out of their taxi.

Victoria later discovered she was pregnant with Lee’s baby, and she has since decided to keep her baby.

Whether Wendy knows she’s going to be a grandma remains to be seen.

It’s been a tricky week for Victoria as she struggles to deal with everything that’s happened, she also had to face the police after her brother, Robert Sugden, and his husband, Aaron Dingle, put up posters with Lee’s face and the word “rapist” written across it.

Read more: Emmerdale fans thrilled to see Val Pollard back on their tellies

Lee accused Victoria of doing it and the police turned up to question her.

Victoria told Robert she wanted nothing more to do with him, though fans backed what Robron had done.

Robert and Victoria made peace at their dad’s graveside last night (Tuesday June 18).

Emmerdale is on Monday to Friday at 7pm with extra episodes Tuesday and Thursday at 8pm on ITV.

Are you looking forward to seeing Susan in Emmerdale? Leave us a comment on our Facebook page @EntertainmentDailyFix and let us know what you think!