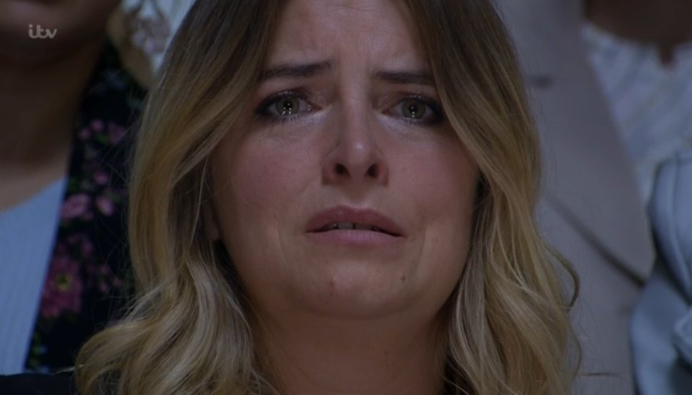 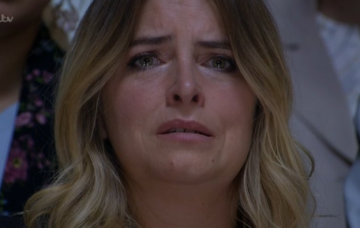 Emmerdale: Charity learns some “shocking truths that change everything”

Actress Emma Atkins spills the beans on her character's torment...

Emmerdale fans had knotted bellies when Charity recently had her day in court opposite her abuser DI Bails.

To everyone’s delight – except for the rapist himself obviously – Bails was found guilty and sent down after emotional and tense scenes in the courtroom.

But rather than end Charity’s turmoil, the ordeal only served to raise more questions…

Wanting resolution after sleepless nights and bouts of self-doubt, Charity decides to track down the father who rejected her all those years ago – making her vulnerable to Bails in the first place.

Next week, Charity meets up with estranged father Obadiah for the first time in years.

And it opens up a murky can of worms for the fan favourite.

In an interview printed in the Radio Times, she warns: “The outcome of the trial has not taken away the pain of what Bails did to Charity.

“She’s not happy or relieved, she just feels numb and angry. She reverts back to the old Charity – drinking too much, full of self-pity, she’s a loose canon and everyone’s quite concerned.”

First she turns on the Dingles for not supporting her when she needed it the most, then she goes in search of her dad.

Emma continues: “Charity wants answers about her past, and is nervous but determined to get them. She thinks she knows what she’s going to get by visiting her dad.

“She learns a lot of shock truths. It changes everything.”

Obadiah Dingle will be portrayed by actor Paul Copley, who has starred in Downton Abbey, Last Tango in Halifax, Call the Midwife and Hornblower.

Meanwhile, it’s not all bad news for Char as she and Vanessa finally say those all-important three words to each other.

Thank goodness she has someone stable in her life!