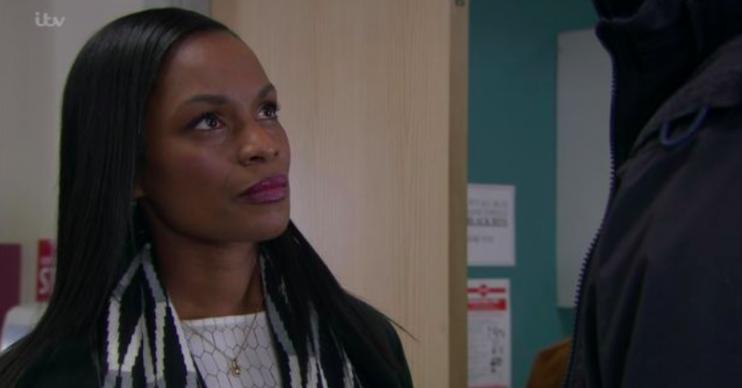 Carryl was in Family Affairs with another Emmerdale star

Soap newcomer Carryl Thomas, who plays Cara Robinson in Emmerdale, has a link to another village resident.

In last night’s episode of the ITV soap (January 9 2020), viewers were introduced to Nate’s mum Cara after she helped a drunk Moira.

But Carryl has more than one connection to the soap.

The actress starred in Channel 5 show Family Affairs, playing Kelly Boulter between 2003 and 2005 – alongside one of her new Emmerdale cast mates.

She worked with Michael Wildman, who plays Al Chapman in Emmerdale.

Last year, her son Nate had an affair with Moira Dingle behind her husband Cain’s back.

When Cain found out, Nate revealed to him that he was his son and he started an affair as revenge for rejecting him as a baby.

But Cain had no idea that Cara was even pregnant, as his mum Faith found out and got her to keep away from Cain due to his racist father, Shadrach.

Some viewers have predicted romance between Cain and Cara will begin now they’ve reuinted.