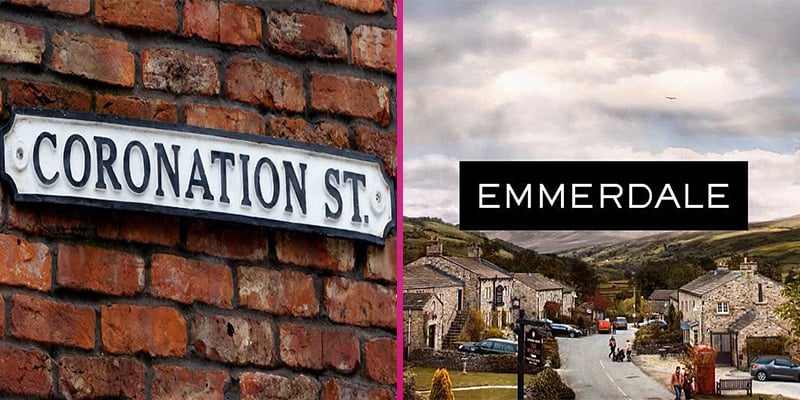 Football has replaced Emmerdale and Coronation Street tonight on ITV, and soap fans aren’t happy about it one bit!

It’s football season and that means one thing for soap addicts – their fave shows are at the mercy of the European Championship schedules.

Not only will football matches interfere with EVERY Coronation Street episode over the next week, this week’s Friday night episodes of the soap AND Emmerdale has been dropped.

Tonight, there will be no Friday visits to Weatherfield or the Dales because England are playing the Czech Republic.

England are also playing Bulgaria on October 14 in the competition’s qualifying matches – meaning that both soaps are off the air on that Monday too.

All this means that there’ll be no visit to Weatherfield between October 9 and October 16.

Emmerdale fans did get an extended hour-long Thursday episode on October 10, though.

Fans have expressed their anger and disappointment at their soaps being dropped, with one writing on Emmerdale Addicts Facebook fan page: “I’m fuming that there’s no Emmerdale tonight because of the stupid football.”

Another said: “Awww no, bloody football should be on another channel.”

Over on Twitter, one Corrie fan added: “Wish they’d put the flaming football on ITV2.”

“Why not just put the football on ITV2?” agreed another. “Surely football fans are capable of changing the channel?”

One more said: “I’m not very happy that Corrie’s not on. I can’t understand why football’s not on ITV2. Looking forward to seeing Corrie on Wednesday.”

“Yeah bit silly,” chimed in one fan. “They normally put Corrie on the Sunday if we miss an episode because of football. Soaps always get moved, stick football and sport on a different channel.”

It’s not the first time football has interfered with soap schedules, and it won’t be the last.

In June, soap fans were livid after learning that their favourite shows had been messed about with AGAIN in the weekly schedules.

BBC’s EastEnders clashed with ITV’s Emmerdale in the unfortunate but, luckily, rare occurence.

This was due to the FIFA Women’s World Cup.

“Football should be on sports channels,” fumed one, who wasn’t alone.

Do you get fed up with the soap schedules changing for football? Leave us a comment on our Facebook page @EntertainmentDailyFix and let us know what you think!