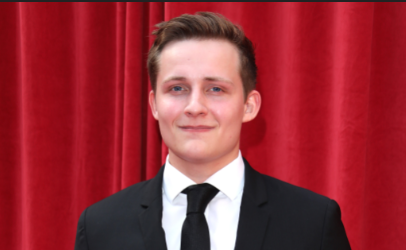 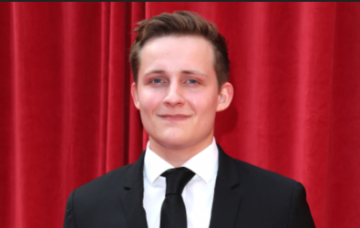 The actor speaks out as Lachlan's reign of terror continues...

He plays one of Emmerdale’s most evil villains to date, but behind the scenes Thomas Atkinson is a very different character… thank goodness!

The actor has confessed that while he plays Lachlan White with confidence, he’s a lot more nervous when the cameras have stopped rolling.

But thanks to his on-screen aunty, Emily Head, who plays missing Rebecca White, Thomas has said he’s getting more confident by the day.

He told Metro.co.uk: “Emily is so reassuring and great at bringing me back down. I’m 19 and quite inexperienced so having someone like her has been great for me.

“Being able to film with someone like her is very calming as I’m quite an anxious person in general.”

“Emily has been like a real aunty to me over the past year and is one of the nicest people I’ve ever met.”

But while Emily has become something of a mentor for Thomas, the pair’s relationship on screen couldn’t be more different.

The fate of Rebecca is still unknown. The last time viewers saw her on their screens was last month when Lachlan seemingly smothered her after she tried to escape his evil clutches.

Before this point Lachlan had kept his aunty chained up in a remote cabin in the woods, where he confessed to killing his grandad, mum, best friend Gerry and Gerry’s fake uncle, Terry.

But with her little baby, Seb, waiting for her at home, Rebecca became more and more desperate to escape her prison and see her little boy again and eventually made a run for it.

Unfortunately for Rebecca, she didn’t get far before Lachlan caught up with her.

Speaking of filming the scenes in the woods, Thomas said he was surprised at how much they both enjoyed it…

“We thought it was going to be like a box in the woods where I’d have her chained up with poo everywhere, yet I remember arriving to film there for the first time and thinking, ‘Wow, this is really nice – I would actually live here!'”

With the fate of Rebecca still one of the most burning questions on Emmerdale fans’ minds, next week sees the storyline step up a gear when Robert’s search for the mother of his child takes a tragic turn.

After his one-man-mission to find Rebecca appearing fruitless, Robert suddenly collapses with exhaustion.

Is this the end of the line for Robert, making him inadvertently yet another of Lachlan’s victims?

What do you think has happened to Rebecca? Leave us a comment on our Facebook page @EntertainmentDailyFix and let us know what you think!