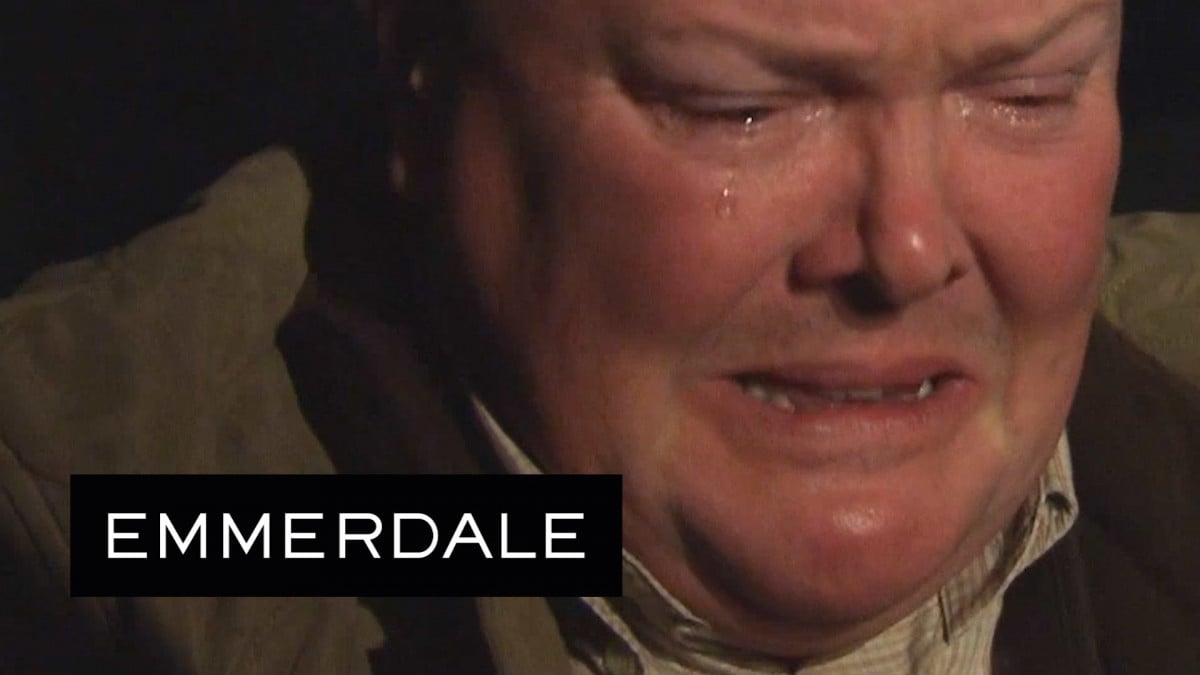 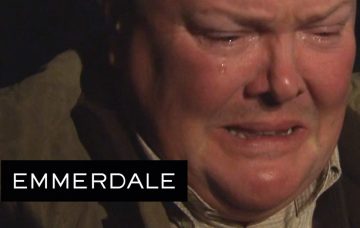 Emmerdale SPOILER: Paddy breaks down after another shock death

Emmerdale fans have been left in bits as beloved character Paddy Kirk has struggled to come to terms with the death of his daughter.

In heartbreaking scenes shown last month, the vet and his partner Chas Dingle were forced to say goodbye to baby Grace after she died just precious hours after she was born.

Due to the baby being diagnosed with bilateral renal agenesis in the womb, the couple always knew their daughter wouldn’t survive long after birth.

And while they did everything they could to prepare to say goodbye, nothing could have readied them for the aftermath.

ITV viewers have been deeply upset to see both Chas and Paddy struggle to come to terms with the tragedy.

Chas has lashed out at Paddy, while he has been bottling everything up for fear of upsetting her further.

However, Paddy reaches breaking point next week when another shock death rocks him to the core.

In a bid to ‘act normal’, Paddy has returned to work and insists on treating a client’s cat.

But, when the cat dies, Paddy bursts into tears – has he caused the death of someone’s pet by making a mistake and being distracted?

And will every death at work lead Paddy to remember his daughter Grace?

Understandably, Chas becomes increasingly worried about Paddy’s state of mind and begins to realise that their shared grief is slowly tearing them apart.

Can they save their relationship?

Dominic Brunt, who plays Paddy, told RadioTimes.com: “[The death of the cat] is not Paddy’ fault. He’s not been negligent. But the death affects him emotionally more than it would normally have done.

“It hits him hard because he’s trying to shut off his emotions. It threatens to unravel him.”

He continued: “The grief has left a massive hole in both Paddy and Chas’ lives, but they’re coping very differently.”

Do you think Paddy and Chas will stick together? Leave us a comment on our Facebook page @EntertainmentDailyFix and let us know what you think!