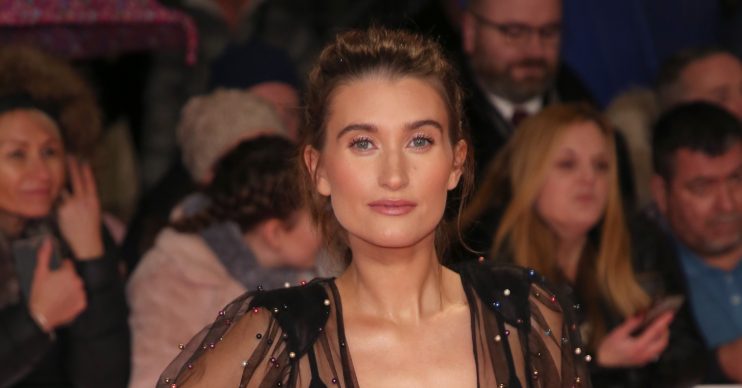 It's never happened before!

Charley Webb has revealed that being pregnant for a third time appears to have left a side effect.

The Emmerdale actress gave birth to her and husband Matthew Wolfenden’s third child last month and she’s found it impossible since then to get her hair looking clean and healthy.

She asked on her Instagram Story: “Anyone else’s hair gone weird after having a bambino?

“Every time I wash it it’s greasy. Driving me mad.”

The 31-year-old star urged her followers to send her tips on how to “help” her tresses.

She continued: “Anything I can use to help it?”

And Charley – who also has sons Buster, nine, and Bowie, three, with her co-star and spouse –  bemoaned her misfortune that she’d actually managed to find the time to wash her hair, only for it not to make any difference.

She posted: “When you’ve actually got time to wash your hair with 3 kids and then it looks like [bleep]. Worst.”

Charley and Matthew have yet to reveal the name or gender of their third child, and simply referred to the tot as “Baby Wolf 3” when they announced the new addition to their family three weeks ago.

Charley wrote on Twitter: “BaByWoLf#3 has joined the crazy gang. We’re in a bubble of newborn’ness heaven (sic).”

The actress – who portrays Debbie Dingle – recently admitted she will try to breastfeed her newborn, but insisted mums shouldn’t “put pressure” on themselves to do so if “it doesn’t work for you”.

She took to Instagram to share a picture of a quote which read “I make milk. What’s your superpower?”, and she wrote: “I saw this quote today. It’s true. Very true. The flip side to this is, not everyone can breastfeed for a million different reasons.

“I couldn’t breastfeed Buster at all, it just didn’t happen for us. Bowie it lasted much longer. That’s ok. I must get asked a hundred times a day, ‘Are you going to breastfeed?’

“The answer is, I don’t know. I’m going to try and I really hope it works but if it doesn’t then that’s just the way it is.

“I ask mums the question myself, I’m guilty of it. But I do always say, ‘Are you going to try and breastfeed’.

“There’s a difference in the two phrases for me. But ultimately I guess what I’m trying to say is, don’t put that pressure on yourself if it doesn’t work for you.

“It doesn’t mean you’ve failed, it just means it’s not right for you and your baby.

“That’s fine. Always do what makes you happy and your new tiny human. It’s all that’s important. The 20 people a day that ask you aren’t (sic)”

Do any of you have the same problem? Leave a comment on our Facebook page @EntertainmentDailyFix and let us know what you think!