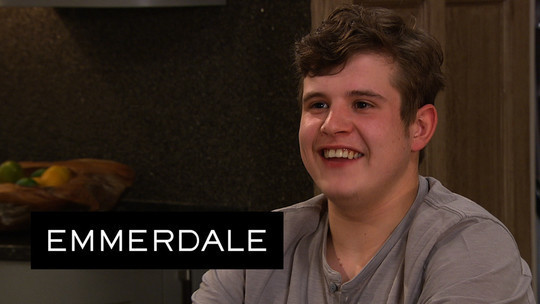 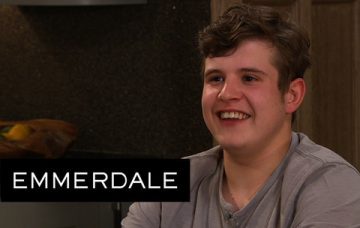 Gerry was murdered in cold blood

An Emmerdale boss has stepped forward to defend the soap’s decision to kill off Gerry Roberts in a brutal, cold-blooded murder.

Fans of the ITV soap were horrified when the fan-favourite was murdered by so-called best friend Lachlan White in dramatic episodes aired on Thursday (17 May).

While some fans refused to believe the shocking death, others claimed it was a “travesty”, “idiotic” and a “terrible decision”.

Many angry and upset viewers called the decision to kill off the good guy as one of the “worst decisions ever made”.

In quotes printed in Mirror.co.uk, he said: “I don’t think that it’s that the world has got any darker, I just think that we on soaps have got a bit more confident on tackling subjects that really, really matter and a large part of that is having such a great ensemble cast.”

What an absolute travesty it's going to be if #Emmerdale kill off Gerry. Great character, great actor.

What has Gerry ever done? Seriously? He's one of the few people in the village who never done anything dodgy, illegal or just wrong. I am so upset #Emmerdale

Don’t kill off Gerry. . .
Not when people like Rodney, Doug, Bob and even Lachlan are still walking around the village. #Emmerdale, #SaveGerry

Just so you know @emmerdale killing Gerry is up there with Robert cheating on Aaron as 'worst decisions ever made' BIG mistake.. huge

So they’ve done it. The twist was … there was no twist 😒. Lachlan takes a stone and kills Gerry 😫. Of all the deadweight on the show, they killed a character with a lot a potential to nourish and grow. No older woman romance for Gerry. No nothing. #Emmerdale

Hoped Gerry would survive!! Warned u @emmerdale, now u have followed through with ur idiotic, stupid, short sighted decision to kill ur best addition since Iain started. It's so on now!! Iain's departure can't come soon enough!! #robron #Emmerdale

What a terrible decision to kill off #Gerry. He was one of the best characters and added something new, different and so refreshing. He had so much potential to yet be developed, what a waste! I love Emmerdale but this is a spectacular own goal. #Emmerdale pic.twitter.com/OqJSY7P9cc

He also went on to insist they aren’t sensationalist, saying: “We don’t just sit around and think, ‘Why don’t we do this story because it’s zeitgeisty’. We think, ‘What makes sense for this character? Where do we want to take that character next?’

“And that confidence comes quite simply from the power of our actors to make the stories credible and human.”

The Dales is currently dealing with storylines involving an acid attack, rape and murder, while Coronation Street has tackled suicide, male rape and grooming.

EastEnders will soon show heartbreaking scenes where teen Shakil Kazemi gets murdered in a brutal stabbing.

A spokesperson for media regulator Ofcom confirmed that Gerry’s death has so far received 74 complaints.

Do you think soaps are getting too dark? Leave us a comment on our Facebook page @EntertainmentDailyFix and let us know what you think!