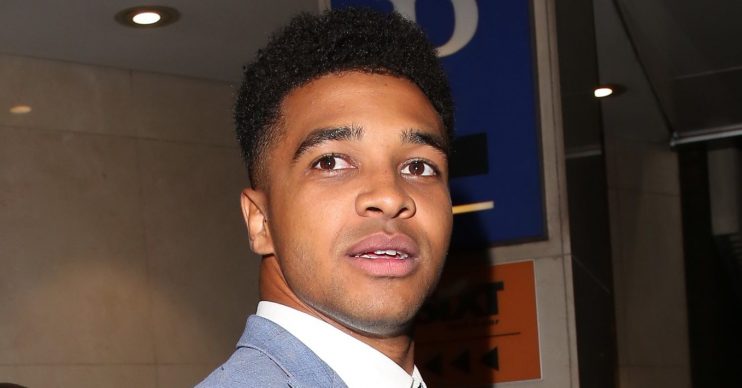 From bad to worse…

After his brawl with Hollyoaks star Jamie Lomas at the TV Choice Awards, disgraced Emmerdale actor Asan N’Jie is facing fresh controversy after a series of shameful historic tweets were unearthed.

On Monday night (September 9), Asan was filmed threatening to “stab” the Channel 4 star after he allegedly goaded Jamie “over money”.

He was fired from Emmerdale with “immediate effect”, with bosses revealing the news in a statement.

Asan apologised for his actions, calling them “completely unacceptable and very much out of character”.

However, a series of historic tweets have now come to light that see Asan using a homophobic slur, branding a soap character a “sl*g” and retweeting a misogynistic joke about violence.

The Sun reports that the actor, who played Ellis Chapman in the Yorkshire-based soap for a year, sent two of the tweets in 2012, before his acting career took off.

One used a homophobic slur to describe one of Asan’s friends.

The next – in response to a tweet from a pal – took aim at Coronation Street star Helen Worth’s character Gail Platt.

Six months earlier, Asan had retweeted a misogynistic post from a friend.

It read: “‘Mum, how long is dinner going to be?’ ‘As long as it takes.’ B*tch is going to get a slap if she carries on with the sarcasm!”

He added: “I am devastated, accept full responsibility for my actions and I am determined to learn from this.”

Asan’s sacking came as the reason behind his bust up with Jamie was revealed.