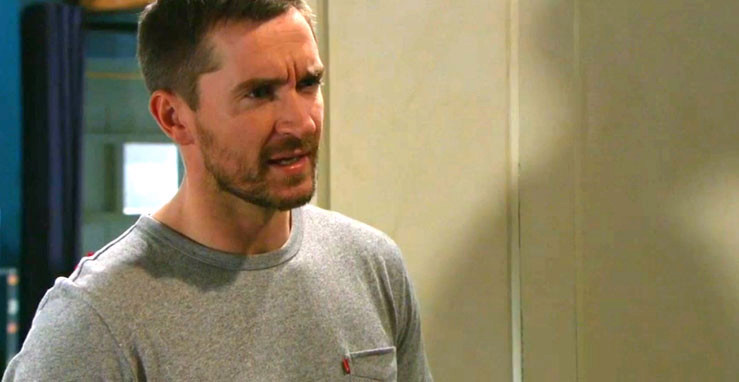 In what will surely be a blow to fans of the ITV soap, the actor who plays Pete Barton has decided to leave the village after six years.

On Tuesday (October 1), ED! shared a report from The Sun’s Bizarre TV column, which said Anthony wanted to pursue other projects.

An insider said: “Anthony has loved his time on Emmerdale, but he is really keen to try and make a name for himself away from just soaps, and is looking at auditions.

Now This Morning‘s soap expert and Emmerdale writer has sadly confirmed the news.

Appearing on the morning show, she said it was true the actor was leaving but did not reveal any clues as to his exit storyline.

She said: “He is leaving, yes. There was a piece in the papers… It is true. He has said he wants to go off and do some other projects.”

She continued: “I can’t even tell you how he’s going I’m afraid, because we haven’t actually written it yet.

“We will miss him, he’s a lovely actor… But yes he is going. We’ve got him on screen for a while yet.”

The actor, 35, had previously played Gilly Roach in Hollyoaks.

His departure follows the exits of his brother Ross and half-brother Adam last year, while a year earlier his mother Emma and brother Finn both died. Pete’s father James and cousin Holly also died in 2016 on the soap.

So you could say the Barton curse has struck again!

Anthony isn’t the only star leaving the show soon. Samantha Giles, who plays Bernice Blackstock, recently confirmed that she would be exiting.

A statement posted on Twitter said: “After seven fabulous years, I am shortly to be hanging up Bernice’s aprons and leaving the Dales to pursue other creative projects. I will miss all the friends I’ve made on the show, but I’m very excited to be moving on to pastures new.”

Will you miss Pete Barton in Emmerdale? Leave us a comment on our Facebook page @EntertainmentDailyFix and let us know what you think!