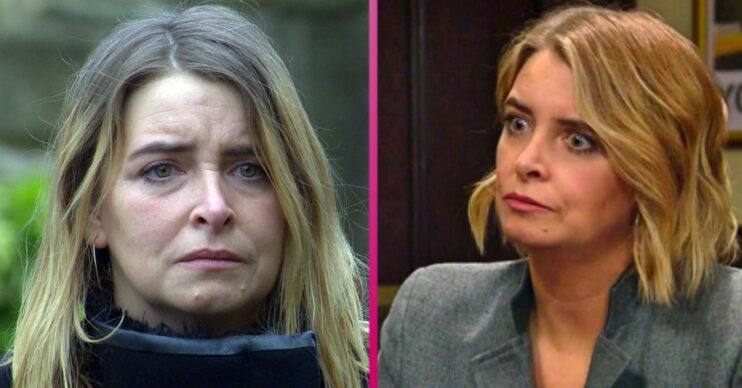 She used to be iconic

It can no longer be ignored but Emmerdale is ruining Charity Dingle – AGAIN.

For years Charity was a schemer, a larger than life human outrage machine who never found a line she didn’t hurl herself across with abandon.

“I can’t defend my character she’s absolutely outrageous,” she told This Morning.

“I think the touch of humour keeps the audience liking her. What redeeming qualities does she have…? She loves her family?”

But then something curious happened – Charity got real.

Charity Dingle used to be iconic in Emmerdale

Soap bosses decided that her rich backstory would finally be explored and suddenly the viewers realised why Charity was like she was.

Dead mum, beaten by her dad, pregnant as a young teenager, kicked out of home, forced into prostitution by an evil paedophile cop, losing two children – and that was all before she was 16.

It was harrowing, horrifying and illuminating – people finally understood Charity.

And then she met Vanessa Woodfield and bosses remembered she is bisexual.

What started as a romp in the Woolpack cellar turned into a passionate love affair.

Without a mark to con, or a scheme to run – Charity fell in love with Vanessa and it changed her life.

Actress Emma could finally shed the panto villain turn she’d been able to phone in and show some deep character acting.

The emergence of villains Joe Tate, Graham Foster and her childhood abuser DI Bales gave Charity people to fight against.

And crucially with the introduction of her long-lost son Ryan – someone to fight for.

It’s rare that a soap can redeem a truly awful, morality vacuum of a character – but Emmerdale did.

And now they’re ruining it.

Her affair with Mack is a dud – he has far more chemistry with Aaron than Charity.

Read more: Emmerdale confirms Jamie Tate is alive – but is he returning to Emmerdale?

She’s lost focus, she’s snarking and she’s regressed to the Charity of 2012 – and it’s like all that rich backstory has been forgotten.

Now with Vanessa set to return, there’s a chance Charity could find a way to be redeemed again.

Or it could be too late…