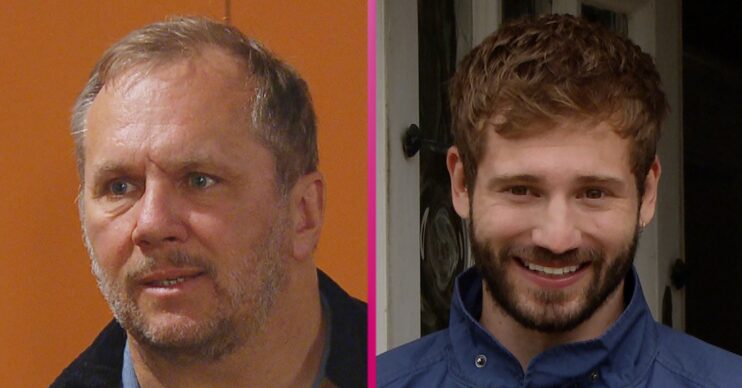 Emmerdale: Will kills Jamie as he vows to keep him away from the village?

Emmerdale character Will Taylor has been on a mission to find out if Jamie Tate really is still alive.

Will started to do some digging into Jamie after Gabby told him she believes Jamie is alive. Will asked his ex Harriet, who is in the police, if she could make some enquiries.

But will he find Jamie, and if he does, what lengths will he go to to make sure he stays away from the village?

Emmerdale: Will discovers Jamie is alive

Jamie faked his death last year and has been living with former mother-in-law Hazel and daughter Millie.

But recently Gabby found evidence Jamie was still alive when she went to Hazel’s. She is now convinced he could be trying to come back for their son, Thomas.

Last week, Gabby accidentally shot Will thinking he was Jamie.

Will, who is engaged to Jamie’s mother Kim, survived and Gabby told him how she believed Jamie survived his accident and is living with Hazel.

Will decided to ask Harriet if she could do some digging and see if there is any chance Jamie could still be alive.

Harriet found out someone matching Jamie’s description was helping Hazel move out of her home recently.

In tonight’s episode (Wednesday, May 18) Kim started to question Will’s odd behaviour, but he told her he caught Sam Dingle poaching on Home Farm grounds.

When Kim left Harriet came in the cafe and Will admitted he hadn’t told Kim about his suspicions about Jamie.

Later Will visited Kim at the Hide and said she didn’t like things being kept from her.

She told him she had a conversation with Charity and it got her thinking about Jamie and how bad things turned out.

Kim opened up about how she nearly lost it with everything that happened with Jamie and she never wants to feel that way again.

Emmerdale: Will Will kill Jamie?

Later Will met up with Harriet and told her it’s not a good idea to make an official search for Jamie, not wanting to upset Kim.

Harriet thought Kim had a right to know if her son was alive, but Will said if Jamie was still alive, he’d show up when he wanted and asked her to leave the search for him.

Will decided to meet up with an ex-cell mate from prison called Mike. Will told Mike needed someone to be found.

Mike needed money to find Jamie and asked Will if he wanted Jamie to resurface and even hinted he could ‘make Jamie disappear.’

But Will told him he just needed to know where Jamie is so he can make sure he never shows his face in the village again.

We know Will’s no stranger to a dead body after working for DI Malone all those years – and even moved Malone’s body to protect killer daughter Dawn.

Will would do anything to protect those close to him – could he kill for Kim?

Is he really capable of murdering the son of the woman he loves?

If he finds out Jamie is alive, could he hire Mike to kill him?

Or will he tell Kim about his suspicions and leave her to deal with her wayward child?