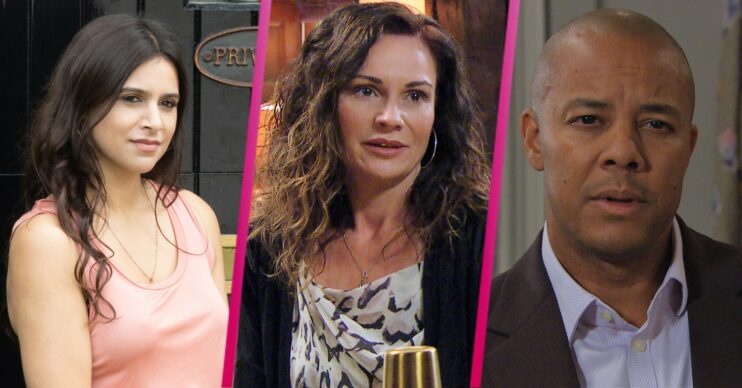 Emmerdale: Will anyone die when the Woolpack explodes?

Could someone be in danger this Christmas?

Emmerdale has confirmed that there will be a fire at the Woolpack on Christmas Day, but will anyone die?

It hasn’t been revealed if anyone will be caught by in the blaze, but we know anything is possible in soapland.

Here are a list of people who could potentially be in danger.

Emmerdale Woolpack: Will anyone die when the the pub explodes?

Meena hasn’t been caught for any of the murders and with Liv Flaherty currently in prison being blamed for Ben’s death, no one suspects Meena.

After the news of the Woolpack broke, some viewers began speculating that this could be the end of the serial killer.

I wonder if Al has anything to do with this…hoping they don't just kill Meena off this way, but excited to see! #emmerdale https://t.co/zXgbB4jqtZ

Hope Meena is in the middle of that.

Another theory is that Al Chapman could be killed off this Christmas.

Al recently bought shares in the pub but has been planning to have the place turned into flats.

Now fans think that Al could get caught up in the fire.

hopefully Al, the psycho nurse, the vicar and his son, Amy Matty. show needs a clearout of dead wood characters.

Recently Chas has revealed she and Paddy are going away to Scotland to be with Debbie over Christmas.

While is seems like she, Paddy and Eve will be away over the holidays, she is one of the co-owners of the pub.

But is she safe, or could she too be in danger?

It looks like Chas’s husband Paddy will also be away for Christmas.

However anything is possible in soapland.

The vet has had many issues with Al and is one of the many who is against his plans. Could Paddy be in danger?

It seems like Marlon will still be around on Christmas day.

Marlon is also a owner of the pub and the head chef. Viewers also know he has a dislike towards Al for many reasons. Could Marlon be in danger on Christmas Day?

Ellis is currently working at the Woolpack after his dad Al gave him a job.

With Ellis spending time at the pub and most likely working over Christmas with Chas and Paddy being away, could he get caught up in the blaze?

Chas’s mother Faith also lives in the pub with her family.

Could she be at risk of getting caught up in the fire?

Paddy’s dad Bear also resides in the pub. Could he end up getting caught up in the fire?