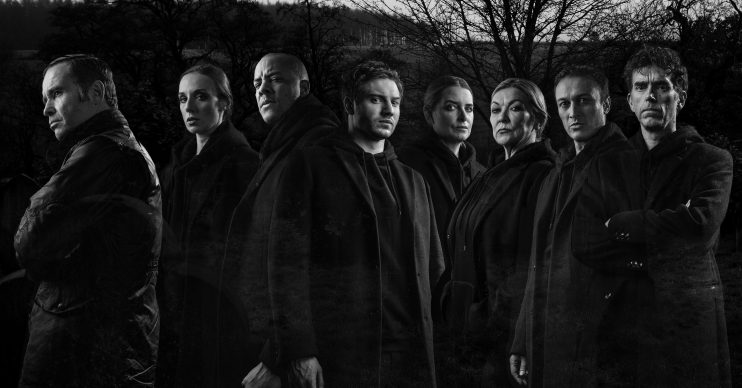 Emmerdale: Who kills Graham Foster – all the suspects

Graham will meet a grisly end next week

Graham Foster will meet a grisly end in next week’s Emmerdale as the show lines up a week of special episodes.

With each episode telling the same story from a different person’s point of view across the week, the final Friday outing will show things from Graham‘s perspective – and reveal his killer.

Show boss Laura Shaw revealed to ED! and other media at a recent event: “It could literally be anyone. It’s always exciting when we step out of our usual story planning style. This is one of the most exciting weeks I’ve worked on.

“I can reveal that by the end of the week, the audience will find out who the murderer is. Obviously I’m not going to spoil that surprise! But it’s safe to say it will have repercussions for our village well into 2020.”

So whodunnit? Here’s the list of main suspects that we know of…

As Graham prepares to leave the village with Rhona Kim lays it all on the line and asks him if they have a chance of being together.

Graham implies there might be a chance for them, but when she discovers Graham is leading her on to buy time, she’s fuming.

Then she learns of several unauthorised withdrawals from her bank account and the red mist descends – she wants Graham dead. Today.

Laura teased: “We see a slightly different side to Kim because she says to Graham that she wants to be with him and Graham allows her to think that might happen, then she finds out it’s a ruse so he can steal some of her money, and then she’s furious…”

Al works for Kim and has never got on with Graham.

When Graham breaks Kim’s heart, Al is the first person she turns to.

She orders him to kill Graham today – but is he a killer? Will he go through with it?

Jai and Graham haven’t had a huge amount to do with each other, but with Jai back on cocaine to deal with his stress levels, they are about to collide – quite literally.

Jai crashes into Graham’s car and Graham realises he’s under the influence.

Graham confesses all to a horrified Laurel, who ends their relationship, and then Rishi intercepts a drug order and finds out the truth.

Jai vows to make Graham pay for ruining his life…

Laura revealed: “Jai sets out on a drug-fuelled craze, hell bent on revenge…”

With Charity and Vanessa planning a surprise wedding for that day, but Graham is about to throw a spanner in the works.

Graham enlists Ryan to transfer the last of the funds he’s been syphoning off from Kim, but Ryan refuses.

To make a point and stop him going to Kim, Graham humiliatingly locks Ryan in the kayak hut.

Charity is beyond furious when she tracks Ryan down, and when unrepentant Graham belittles her, she vows revenge…

Emma Atkins who plays Charity said of her character’s ability to kill: “Charity has got certain things that there’s no negotiation on and her family is that one thing.

“So I do believe she could be pushed to her limits.

“Something gets triggered when she finds Graham’s actually physically manhandled Ryan and put him into one of the huts at the outdoor pursuits centre.

“I think she’s tipped over the edge with the lack of respect and everything about his personality, so she’s like ‘right you’ve met your match here and how dare you treat my own blood like that’.”

With Andrea and Jamie Tate estranged following Graham’s Christmas revelation that he slept with Andrea and could have been Milly’s father, the former couple have every reason to hate Graham.

When Andrea realises Jamie has a private detective following her, she asks for Graham’s help, but he twists the knife when he reveals their secret dealings to Jamie.

As both Andrea and Jamie vow revenge – could one of them take it in the most final way? Or might they team up and do it together?

Anna Nightingale, who plays Andrea, said: “She needs him out of the picture. She wouldn’t maliciously set out to murder him, but with that fiery temper… She’d look back at it and not know how she would get to that point.

Alexander Lincoln, who plays Jamie added: “Given the circumstances I think he could kill. Jamie’s very innocent, but given it is about his whole family life and Graham seemingly coming in and trying to ruin it for the sake of ruining it, for sure he could be driven to it.”

Unlikely suspect Marlon has no idea of Rhona‘s plans to leave with Graham and Leo tomorrow.

Rhona drops Leo off to spend time with Marlon, but soon her conscience about secretly fleeing gets the better of her and she and Marlon head to Tall Trees to talk things through.

Marlon misreads the situation and leans in to kiss her, but shocked Rhona reveals her plans to leave with Graham.

Marlon’s alter ego Mark Charnock told us: “He goes to a place where I don’t think we’ve seen him before where I think he genuinely could be homicidal and loses the plot completely…”

Of course, this list of suspects could be a red herring. Remember when Bobby Beale was unveiled as his sister’s killer in EastEnders despite not being on the list of official suspects?

Does someone else in the village have motive? Could Joe Tate return and off him? Or maybe Noah Dingle could snap and lash out?

With a man as hated as Graham, it really could be anyone…

Emmerdale is on Monday to Friday at 7pm with an extra episode on Thursday at 8pm.

Who do you think kills Graham? Leave us a comment on our Facebook page @EntertainmentDailyFix and let us know what you think.