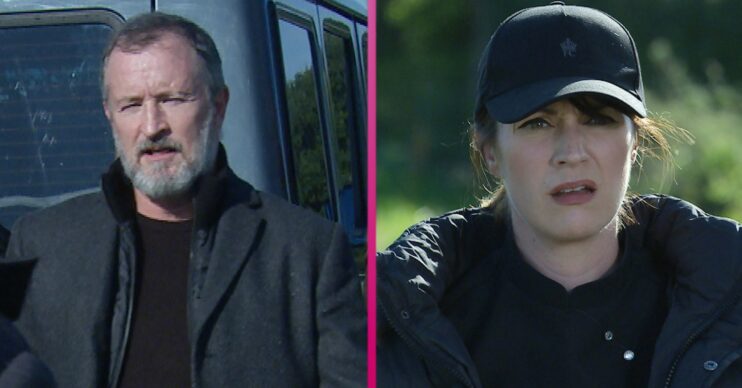 Emmerdale: Who is Lynden? Actor Stuart Wolfenden has appeared in THREE other soaps

You may recognise the actor from other soaps

Emmerdale character Lynden made his first appearance in tonight’s episode (Thursday, November 18), but who is he?

Who is Lynden in Emmerdale?

Lynden works for Chloe‘s dad. In tonight’s scenes, Kerry was desperately looking for Chloe and Noah who ran away together.

However as she was driving along the road she was cut off by a car that viewers had seen following Chloe and Kerry in past episodes.

As Kerry got out of the car, so did the other driver. She recognised him and called him Lynden.

Lynden asked ‘where is she?’ clearly referring to Chloe.

Who plays Lynden in Emmerdale?

What else has Stuart Wolfenden been in?

This isn’t the first time Stuart has appeared in Emmerdale. In fact, he’s actually had roles in three other soaps.

Lynden is Stuart’s fifth role in Emmerdale. In 1992 he played a character called Chuck and in 2000 he played Darren Pearce. Ten years later he played Denis Martin for one episode.

Then in 2013 he played Kev in Emmerdale.

Stuart has also had a couple of roles in Coronation Street. In 1986 he played paperboy Craig Russell.

He then played Mark Casey from 1989 until 1991. In 2015, he played Greig Hodge. Greig’s son is Jackson Hodge, the father of Faye Windass’s daughter, Miley.

The same year he played Warren Chadbourne in Doctors.

Stuart has also had roles in Making Out, Clocking Off and Heartbeat.

However it appears the two are not related.