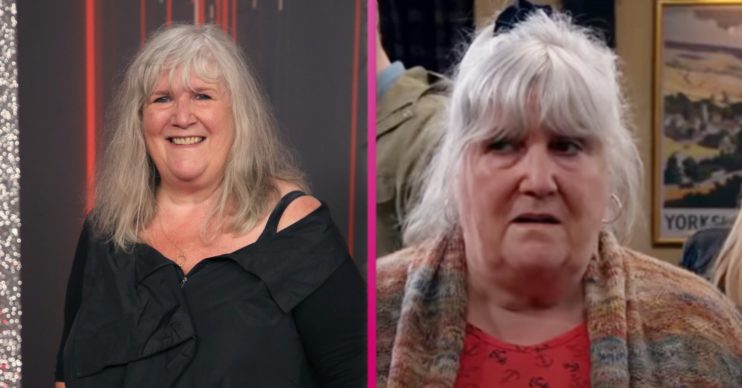 Emmerdale: What happened to Lisa Dingle? What is Jane Cox doing now?

Viewers will start to see Belle’s mental health get worse, as she deals with the stress of being blamed for Moira’s hit and run.

When she hears Lisa’s voice, it starts to become clear Belle is unwell.

But what actually happened to Belle’s mum Lisa? And what is actress Jane Cox up to now?

Emmerdale: What happened to Lisa Dingle?

Last year, Lisa returned from Scotland. During her time away, she asked family member Charity to come and visit her.

She confessed to Charity that she had been diagnosed with terminal heart condition, amyloidosis, and wanted her to write her eulogy for her funeral.

Not long later, Lisa returned to the village and broke the news of her illness to her family, including her daughter Belle.

Zak asked Lisa to marry him again and a few days later they had their wedding. But after the celebrations, Lisa went home to change her outfit.

When Zak went back to Wishing Well Cottage, he found his wife asleep on the sofa. But when he tried to wake her, he realised she had died.

Lisa left letters for each of her family members.

When and why did Jane Cox leave Emmerdale?

In March 2019, after the International Women’s Day episode which saw Charity visit Lisa in Scotland, it was announced Jane Cox would be leaving the ITV soap after 23 years playing Lisa.

Her final physical appearance was on May 24 2019. However she made a voiceover appearance in June as the Dingles read Lisa’s letters.

Speaking about her decision to leave the soap, she told the Daily Mirror: “It is completely life-changing. But I decided I wanted to do different things.

“My mum died a couple of years ago, so it does make you think a lot about the big things in life. As you get older life feels shorter – although of course I’m going to live to 150.”

She added: “It is long, long days and then you don’t have time in the evenings because you have lines to learn for the next day.”

The actress revealed she was going to take the time to do things she hasn’t been able to before now.

What is Jane Cox up to now?

After leaving Emmerdale, in October 2019 Jane revealed to Inside Soap that she had taken up a course in reflexology.

At the time, she admitted that although she was available for acting roles, she was “chilling.”