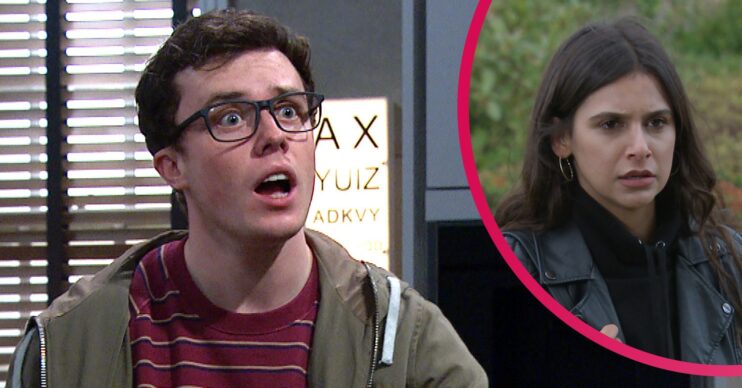 Back in October, Meena attempted to drown unconscious Victoria Sugden to get back at her for stealing her boyfriend David.

What she didn’t realise is the attempted murder was captured on a bodycam.

Recently Ben found the footage and saw someone trying to kill Vic, but wouldn’t make out who.

When Meena learnt Ben had the footage she made her way to The Hide. However before she killed him, Ben had a run in with Aaron’s drunk sister, Liv and he recorded her being aggressive towards him.

Liv soon left with Ben’s phone and Meena came out of the shadows. She then murdered Ben and his body was discovered outside of The Hide.

Emmerdale fans convinced Vinny will be the one to expose Meena

Shortly after, Liv was arrested when the police found out she had Ben’s phone and learnt about the video.

As Liv’s DNA was also found on Ben, she was charged with his murder. While the Dingles decided to disown her, Liv’s ex-boyfriend Vinny refused to give up on her.

Read more: Emmerdale: Meena murders Liam after claiming he made a pass at her?

Now fans are convinced that Vinny will find the footage of Meena trying to kill Victoria looking for proof of Liv’s innocence and expose Meena.

But some also fear that if Vinny does find the footage, he will also be killed.

Now that I hope to See

But will she kill again?

Read more: Emmerdale What happened between Marlon and Al?