A jealous Maya saw Jacob sneaking into Liv's house while Aaron and Robert were at the pub for curry night.

Liv confessed she had feelings for the teenager and wanted to be more than friends but she didn't want a sexual relationship.

When Maya arrived at the Woolpack with David, she saw Robert and Aaron, and took the opportunity to ruin Liv and Jacob's night, saying to them: "You do know Jacob is there? Buffed within an inch of his life. They're clearly on a date."

Liv had told her brother she would be studying.

When Aaron and Robert rushed back, they saw the teenagers cuddled up on the sofa watching a film. Aaron threw Jacob out and Maya arrived just in time to see it happen, watching from the bushes. 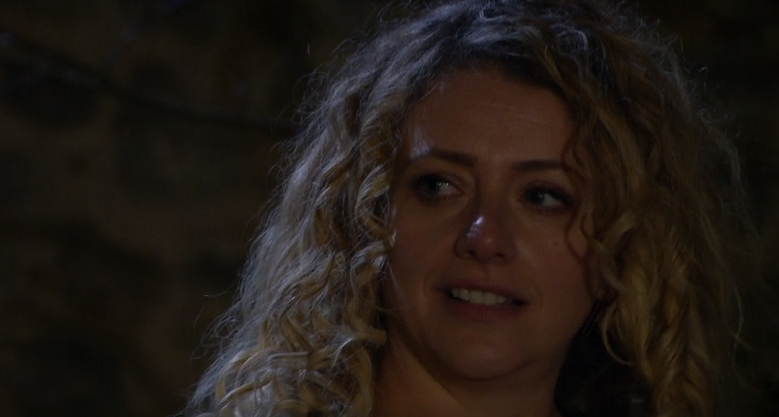 Maya was happy to ruin Jacob and Liv's evening together (Credit: ITV hub)

Curry for one as David sits in the Woolpack while Maya skulks in the bushes. How long does she need to be gone before he realises she's been a while? #Emmerdale

Emmerdale viewers wondered how David hadn't discovered the truth as Maya had clearly left the pub.

Curry for one as David sits in Woolpack while Maya skulks in the bushes. How long does she need to be gone before he realises she’s been a while? #Emmerdale pic.twitter.com/HagbI8CE6H

David isn't the brightest tool in the box is he #Emmerdale 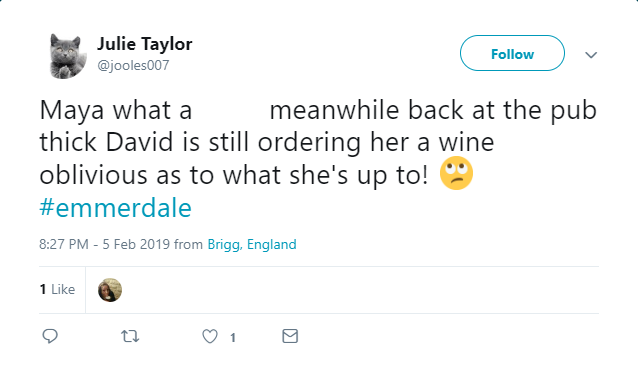 Viewers know Maya has been grooming David's 15-year-old son Jacob for the past few months.

However, Jacob gave Maya an ultimatum telling her if he wanted to be with him then she'd have to end things with his dad. 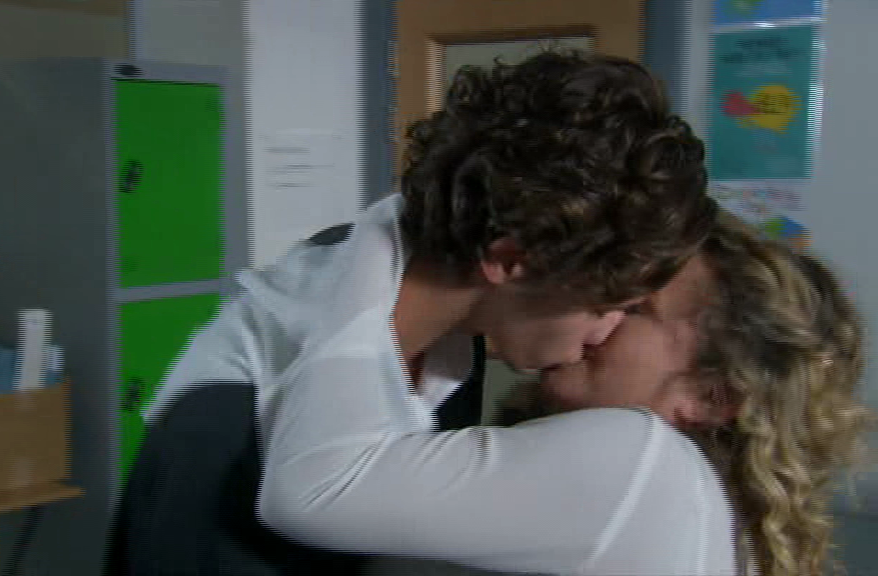 The school teacher has been trying to talk to Jacob but he refuses to listen to what she has to say.

She has become increasingly jealous of the romance developing between Jacob and Liv, even snapping at David when he suggested they were seeing each other.