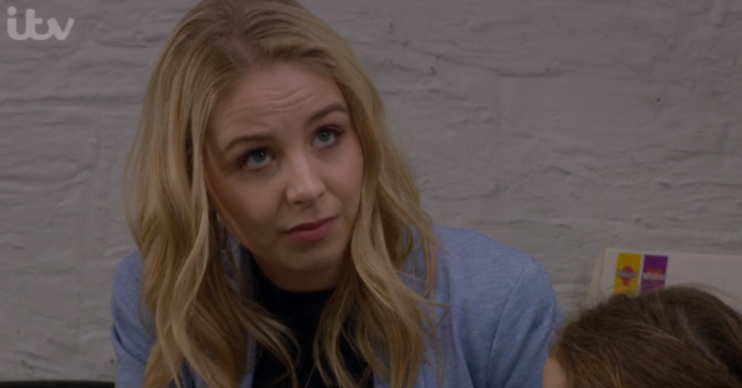 Jamie recently got back together with Andrea

Emmerdale viewers have turned on Belle Dingle as she continues her affair with married Jamie Tate.

Over Christmas, Jamie split from his wife Andrea and as a custody battle for daughter Millie began, he started sleeping with colleague Belle.

But due to Belle being in a relationship with Ellis, they agreed not to tell anyone.

Eventually Jamie got back together with Andrea, but he has continued to sleep with Belle behind Andrea’s back.

Recently the trainee vet ended her relationship with Ellis, and Jamie agreed to end things with Andrea so they could be together.

But will it be that easy?

In last night’s episode (Monday, March 27), completely oblivious to what’s been going on, Andrea asked Belle and Jamie if they could have Millie at the vet’s office for a bit.

But Belle quickly began to bond with the little girl as she told her about her mum Lisa, who died last year.

Millie sadly stated that some children in her school class had lost parents, due to them getting divorces.

Feeling guilty, Belle quickly made an excuse to leave.

However viewers felt no sympathy for her.

Urgh Belle, have you not learnt anything from your Mother’s previous heartbreak? #Emmerdale pic.twitter.com/4lEwVKknEZ

@Emmerdale #Emmerdale Belle has suddenly become one of the worst characters, utter ruination. I mean Jamie is gutless and vile, but Belle is equally unlikeable now, she can't get any man of her own, the second time now she's had an affair with a married man.

#Emmerdale I used to think Belle was the clever one out of the Dingle's but again she's messing around with a married man, and believing him when he says it's going to take time to leave my wife- ffs how long does it take to say I'm sleeping with the secretary?!

#Emmerdale Belle is disgusting isn’t she???

@emmerdale Belle doesn’t struck me as a girl who would go off with a married man. I’m still not getting this storyline. I do feel sorry for Andrea mind you. #Emmerdale

Will Andrea find out about Belle and Jamie?

Later this week, Andrea does find out the truth about Belle and Jamie.

Due to the coronavirus pandemic, Emmerdale episodes have been reduced to three a week, resulting in timeline issues.

This means Easter will be celebrated on-screen this week.

Belle is disgusting isn’t she?

At the village Easter egg hunt, Jamie and Belle try to hide the awkwardness between them. But Belle turns to Jamie telling him to fix things with Andrea.

Meanwhile Nate suspiciously watches them. When he confronts Belle, asking if she’s seeing Jamie, she confesses.

Soon Jamie and Belle meet up in private and declare their love for each other. But they have no idea they’re being watched.

Hiding behind a tree, Andrea has seen and heard everything.

The next day, Andrea struggles to act like nothing is wrong in front of Jamie. But when she gets to work at Take A Vow, she breaks down to Leyla.

She tells her Jamie has been cheating on her with Belle.

Will Andrea confront them?