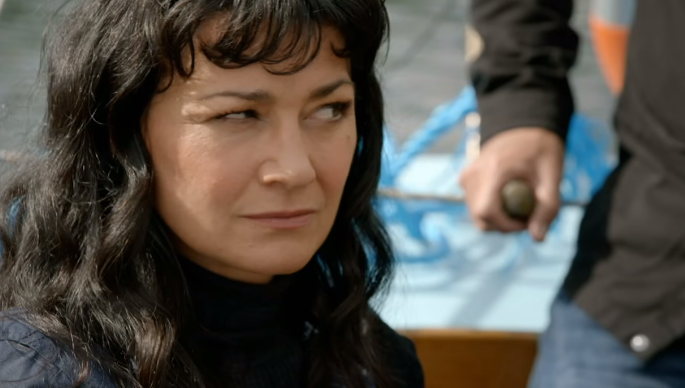 Moira has been cheated on her husband

Viewers of Emmerdale think Moira Dingle will be the one to lose her life in next week’s boat explosion.

Next week is set to be dramatic when Cain Dingle finds out his wife Moira has been cheating on him with farmhand Nate Robinson.

As he lures them to a boat and they get on board, he confronts Nate about the affair.

But as they fight, Moira falls overboard and becomes trapped in weeds underwater.

With Cain and Nate continuing their brawl, a petrol can tips over, causing the boat to suddenly explode into a huge fireball.

But who will die?

My bet’s on shock value: it will be Moira.

In a Digital Spy forum a user wrote: “Do you know if anyone dies in the boat explosion in Emmerdale?

“Has it actually been confirmed that someone dies from the boat explosion? If so, who do you think dies?”

One replied: “I hope Nate and Moira die.”

A second wrote: “Moira I hope. Though wouldn’t have thought it would be drowning, not with those built in flotation devices.”

A third said: “I do not think it’s Faith! As she mentioned about returning again in the future. I reckon it will be either Moira or Nate.

“My bet’s on shock value: it will be Moira.”

Moira will be the one who dies

We’ll have to wait until next week to find out who – if anyone – doesn’t make it, but we know the fallout will continue for months to come…

Do you think someone dies? If so, who? Leave us a comment on our Facebook page @EntertainmentDailyFix and let us know what you think!