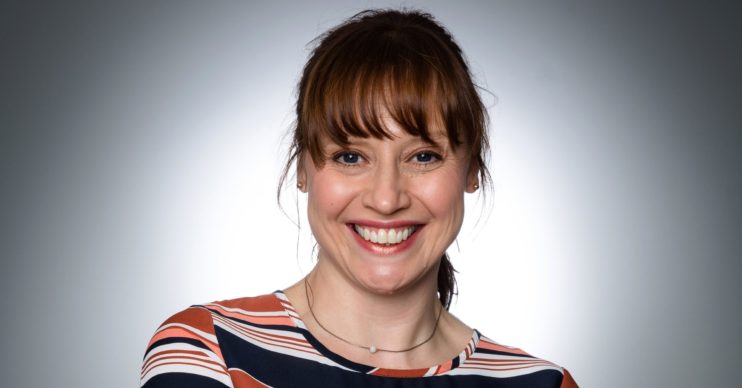 In the visit to the Dales, things had changed quite a bit from last week as residents began to stay at home due to the coronavirus pandemic.

Newlyweds Sam and Lydia were staying alone together in Wishing Well Cottage.

However, as the episode began, viewers immediately noticed that Lydia looked a bit different. They pointed out her make-up looked a bit more obvious than it usually does.

Why is Lydia even wearing make up! I don't think iv had it on since Mar 23rd screw that. If I had to film on Em-dale ad be like nah no make up can't be arsed that's what I'd be like at home. No make up, PJs 24/7 & hair looking like Mrs Trunchbull looking like shit 😂😂 #emmerdale

Why’s Lydia’s face so orange? Is it because she had to do her own make-up? #emmerdale

What’s going on with Lydia’s make-up? Stops at her chin #Emmerdale

Why has Lydia got a tango face #Emmerdale

However, it can easily be explained. Due to the pandemic, workplaces including TV productions have new social distancing measures along with health and safety guidelines.

This means that actors will have to do their own make up for the scenes. As these episodes were only recorded a couple of weeks ago, the new measures would have been in place already.

Which lockdown episode is next?

On Wednesday (June, 10) we see Aaron and Cain together in lockdown, but it won’t be smooth sailing.

Whilst Cain is adamant he won’t be opening up about his feelings, a letter comes through for Aaron.

Cain sees the letter, which has a prison stamp on it. Not wanting his nephew to fall back into despair over his ex-husband Robert, who is serving life in prison, he hides the letter in a magazine.

As the days start to pass, the pair get drunk, but Cain lets slip about the letter leaving Aaron furious.

Cain can’t remember where he put the letter and Aaron rails at him, giving him some home truths about Moira.

Later, Cain makes an attempt to apologise to the scrapyard owner but he struggles to open up.

How will Aaron cope with the letter?