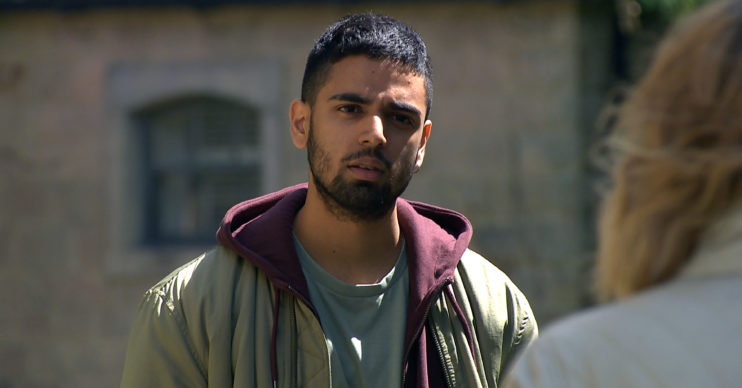 The killer was previously played by Adam Fielding

Emmerdale viewers were left baffled after Kirin Kotecha returned to the ITV soap with a “new face”.

The killer is back in the village after mowing down Paddy Kirk’s ex Tess Palmer in a hit-and-run in 2016.

However, some fans were confused as newcomer Rish Shaha took over from Adam Fielding during Monday’s episode (September 14).

Kirin returned to the village to get money from his former step-mother Priya Sharma.

Following his comeback, one fan said: “Why does Kirin have a new face? Why couldn’t they have brought back Adam Fielding?? #Emmerdale.”

A fourth wrote: “Kirin back with a new face #Emmerdale.”

Another scoffed: “Wtf is Kirin doing back and why does he look about 12 #Emmerdale.”

What’s in store for Kirin on Emmerdale?

Soap newcomer Rish recently explained why Kirin may be back in the village.

Speaking on a virtual Emmerdale press event, he told Digital Spy: “I think initially Kirin is entirely tunnel-visioned on getting the money and getting away as quickly as possible.

“Obviously he can’t be seen in the village, he knows that, so Johnny seems to be more of an after-thought for Kirin.

“Unfortunately, after all of that, he doesn’t get to see him.”

Rish added: “He’s got this arrogance about him and he tries to intimidate her.”

Charity is desperate to adopt her fiancée Vanessa’s son, Johnny.

She originally faced problems after finding out she would need the permission of Johnny’s dad, Kirin.

Sadly, the character could be faced with yet another setback after a social worker walks in on Charity and Sarah having a huge row.

But could Kirin’s return change things for good?