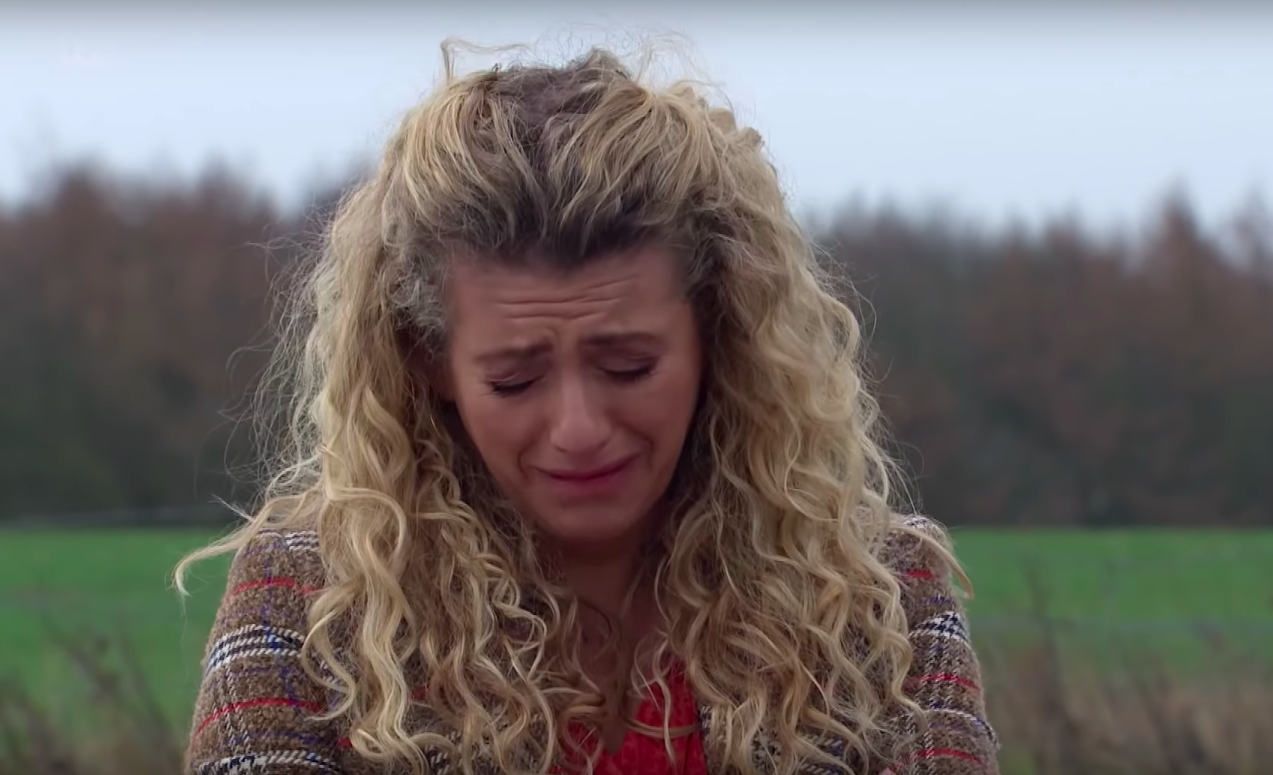 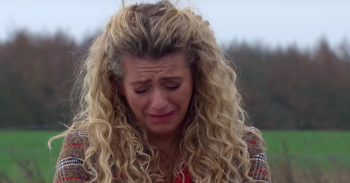 Last night was the moment a lot of viewers had been waiting for: Leyla, Tracy and Priya finally found out about Maya and Jacob after Priya saw them kissing outside of a club.

After an eventful night, seeing Tracy and David kiss, an upset Maya went outside and met Jacob who was supposed to be on his way to Portugal.

The pair kissed unaware they were being watched by Priya who immediately told Jacob’s biological mother Leyla and his ex step-mum Tracy.

Leyla sent Maya a text offering her a lift home however, the school teacher didn’t realise she had been caught out.

As she went to get in the car and saw Tracy she said: “Wow, well aren’t you brazen. This is going to be a fun journey home.” But Leyla quickly came up behind her and said: “She’s the least of your worries darling.”

Then of course the credits rolled leaving viewers wondering what happened next?

Although it seems like David’s exes are about to hurt Maya, viewers are hoping that she isn’t killed because they want to see her exposed and brought to justice.

I thought Maya would go to court. I'll be very disappointed in #Emmerdale if this isn't resolved properly, given how well they've realistically portrayed the grooming storyline

Honestly considering not watching #Emmerdale anymore if they take the weak, pathetic option of having Maya murdered. I mean, come on… she deserves justice but not to be killed! What kind of message is this?! No victim has ever been healed by revenge.

Wow! Fingers crossed #maya is now finally going to be exposed to everyone for the monster she is! #Emmerdale 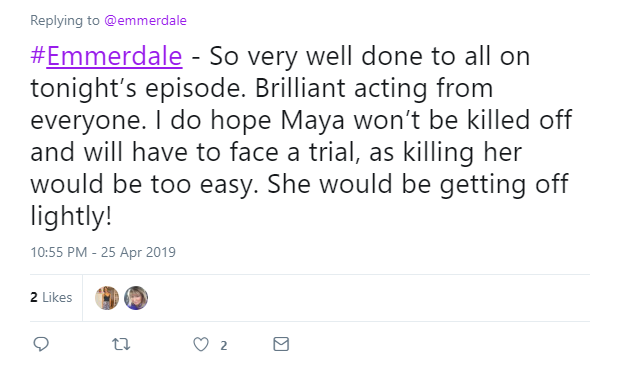 Viewers know Maya has been grooming her boyfriend David’s stepson, 16-year-old Jacob, for the past several months.

The grooming of her pupil started when he was 15 years old and she began sleeping with him just days after his sixteenth birthday.

They were finally caught out by Jacob’s ex-girlfriend Liv two weeks ago after she heard them in Jacob’s bedroom.

She blackmailed the pair saying if they didn’t give her £5000 then she would reveal the relationship and Maya would lose her job and go to prison.

Read More: Will Leyla murder Maya? And 3 other burning questions

She also reminded viewers that the ITV soap has been working closely with children’s charity Barnardo’s on this storyline.