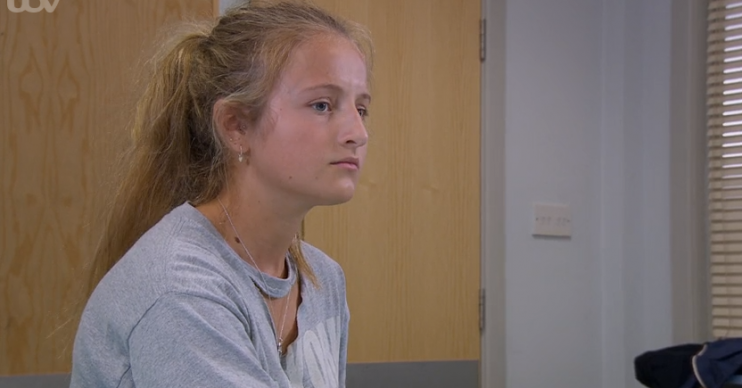 Viewers of Emmerdale have been left fed up that Kerry and Amy Wyatt have ‘got away with murder’ because of Amelia Spencer.

In last night’s episode (October 8 2019) sick of hearing everyone singing Kerry’s praises, Tracy made the decision she was going to go to the police to tell them Kerry and Amy started the fire at the factory that killed her dad Frank.

But as she was leaving the hospital after telling the pair her plans, she ran into Kerry’s ex-boyfriend Dan and his daughter Amelia.

Tracy soon felt guilty when Amelia admitted that when Kerry was in bad way she was scared she was going to lose someone else.

Amelia also said that Kerry was the closest thing she had to a mum and that she couldn’t lose her.

In 2015, Amelia’s mum’s girlfriend, Ruby, died in the Emmerdale helicopter crash and shortly after, her mum, Ali, moved to Liverpool with her sister Rachel and nephew Archie, but Amelia decided to stay behind.

Last year, Amelia received news that her mum had died and recently her aunt Rachel passed away.

Alongside the loss of her mum, Amelia also found out that Dan wasn’t her biological father, but in fact her Uncle Daz was.

Realising how much Amelia has been through, Tracy decided she couldn’t hand Kerry and Amy in as she didn’t want to take Kerry away from Amelia as well.

However, viewers are now fed up that Kerry and Amy had ‘got away with murder’ thanks to Amelia.

So they get away with it because Amelia doesn't want to lose Kerry – a really terrible role model and mother figure.

oh come on Tracy!
get justice for your dad!
Kerry isn't Amelia's mum!
ugh here I thought Amy & Kerry would get what they deserve & get gone.#Emmerdale

Amelia has got Dan. Kerry killed your dad, kid don’t need a thief and a murderer 😒😒😒😒 #emmerdale

If Kerry is the closest thing to a mother Amelia has. Why then was she prepared to run away to Spain forever taking only Amy and Kyle with her leaving her behind. #Emmerdale 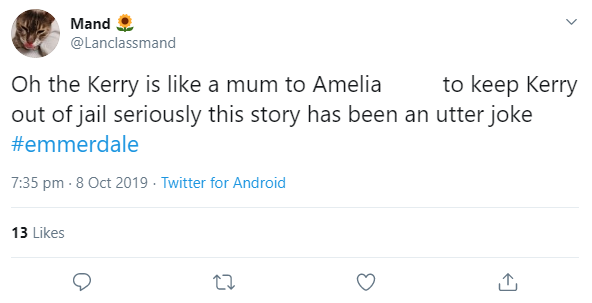 Fans have been annoyed with the story for a while now.

Just yesterday they hit out at the show for making Amy and Kerry the victims after Kerry and Tracy’s altercation left Kerry fighting for her life.