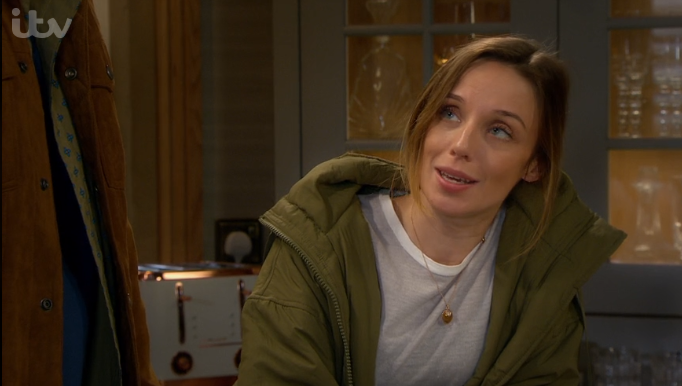 Viewers fear she's been ill for a while

Viewers of Emmerdale have expressed concerns for Andrea Tate’s health as she appears to have a long-lasting cold.

Over the last few weeks, viewers have noticed for a few weeks that Andrea’s voice has been sounding nasally and have gone to Twitter to express their concern.

Why has Andrea on #emmerdale got a constant cold?

#Emmerdale I really do feel bad for AN as Andrea, being sick for so long! She must have the flu

Why does Andrea always sound like she has a stuffy nose? #Emmerdale

Her nasal problem is really bugging me now 🙈😂 she's had a blocked nose since before Christmas. Either she's got the longest cold in history or they filmed all scenes in the space of a week 😂#emmerdale #andrea

Is Andrea ever going to get over this cold? #Emmerdale

Why does Andrea always sound like she's bunged up #emmerdale

Fans of the show know Andrea is currently in a difficult position.

Last year she arrived in the village as Jamie Tate’s wife, along with their daughter Millie.

It was revealed Graham Foster originally hired Andrea to keep an eye on Jamie whilst Kim was in prison, but she ended up falling for him.

Although Jamie was hurt by the truth, he forgave his wife, however fans then found out she wasn’t telling him the whole story.

When Graham discovered Millie’s date of birth, he realised he could be Millie’s father as he and Andrea had a one-night stand nine months before Millie was born.

Is Andrea ever going to get over this cold?

Devastated, Jamie split up with Andrea and recently told her he’s going to be moving to a cottage with their daughter.

Despite Jamie and Andrea only just splitting up, viewers have predicted there will be romance between the vet and Belle Dingle.

However Andrea is still hoping she and Jamie will get back together.

Do you think Jamie and Andrea will get back together, or do you think he will end up with someone else?