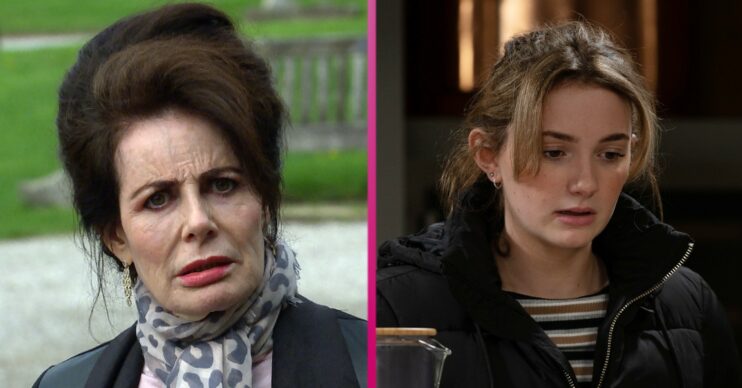 There have been flashforward scenes throughout the week

Emmerdale viewers have been left divided over the new format in this week’s episodes.

Since Monday Emmerdale has begun each episode with flashforward scenes.

With the flashforward teasing what’s ahead some viewers haven’t been keen on it, however, others thought it was great.

It’s been a big week in Emmerdale as several huge storylines have been playing out on-screen.

Viewers have seen four plots; Faith’s cancer diagnosis, Al and Cain’s feud, Chloe finding out Noah is stalking her and Gabby fearing Jamie is back.

At the beginning of each episode, viewers have seen flashforwards showing what’s to come later in the week.

However fans are divided by the new format. Some are loving it, calling it ‘edgy’ and ‘exciting’.

Meanwhile others aren’t keen on the flashforward scenes.

They felt it was ‘unclear’ and a ‘waste of time’.

Whisper it but I'm really struggling to be interested in #Emmerdale currently. Not even a black and white flashforward and dramatic music can shift this feeling…

Although fans are divided by the flashforwards, they are not permanent and it was only for this week.

What’s happening in next week’s Emmerdale?

Faith Dingle’s cancer has returned and she was told in emotional scenes this week.

The only person who knows about her diagnosis is her daughter-in-law Moira.

These flashforward scenes are so interesting.

Recently she fell out with her children Cain and Chas after sleeping with Dan Spencer. She now doesn’t want either of them to know about her cancer.

In next week’s scenes Cain is still unforgiving. Moira is appalled when her husband wishes Faith dead.

Faith wants them to heal their differences but it looks like Cain isn’t interested. Will Moira tell Cain about Faith’s cancer?

Later Faith apologises to Dan for throwing a dumbbell at his window. Will he forgive her?

Have you been watching this week’s episodes? What do you think of the flashforward scenes?