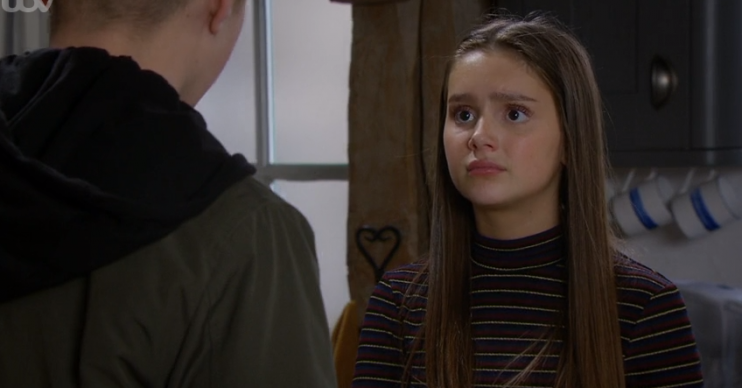 Emmerdale viewers disgusted as ‘vicious’ Sarah lashes out at Noah

Sarah has been hiding drugs for a boy named Danny

Viewers of Emmerdale are disgusted with ‘vicious’ Sarah Sugden as she’s been cruel to Noah Dingle.

Fans of the show know Noah has been concerned about his niece, Sarah, as she has become involved with a dangerous boy named Danny.

At a party, Danny got Sarah to take pills and has been asking the teenage girl to look after his drugs for him.

Last week, Noah tried to get Sarah to tell her grandmother Charity the truth about Danny, but Sarah managed to get out of it.

In Friday night’s episode (December 20 2019) Noah was disappointed when Charity forgot her promise to take him to the Leeds Christmas market and told him to hang out with Sarah instead.

Sarah, stop being so cruel to him!

He asked Sarah if he could come to a party she had been invited to, but she spat: “Sorry, snitches aren’t invited.”

Although Noah protested that he didn’t snitch about the drugs, Sarah said: “Yeah well you were gonna. I don’t want to be around people that I can’t trust. Just stay here and look for your Christmas present like the sad case that you are.”

When Charity suggested Noah hang out with his cousin Sampson, Sarah said: “Yeah go beg to be someone else’s friend.”

Later Noah went back to the house and found drugs in Sarah’s bag once again.

She accused Noah of being jealous before calling him “pathetic”, “clueless” and “a sad little freak”.

Viewers are disgusted with how Sarah has been treating Noah.

I actually think Noah is a good lad. Sarah, stop being so cruel to him! @emmerdale #emmerdale

Sarah is a cow #emmerdale 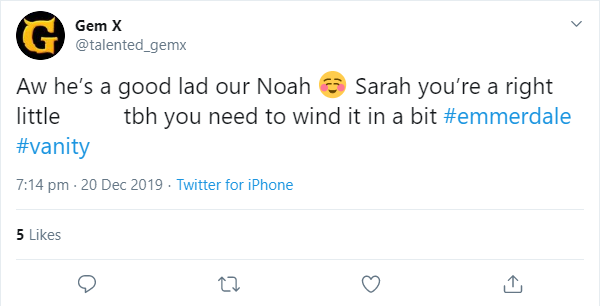 After Noah discovered the drugs in Sarah’s bag, he took them off her but was later caught with the pills by Graham Foster.

Although Graham took them off him, threatening to go to the police and his mum Charity next time he saw him with drugs, Noah kept some aside and took them.

What does this mean for Noah? Will Sarah come clean about the drugs?

How much is Holly Willoughby worth? This Morning star earned £2million in 2019