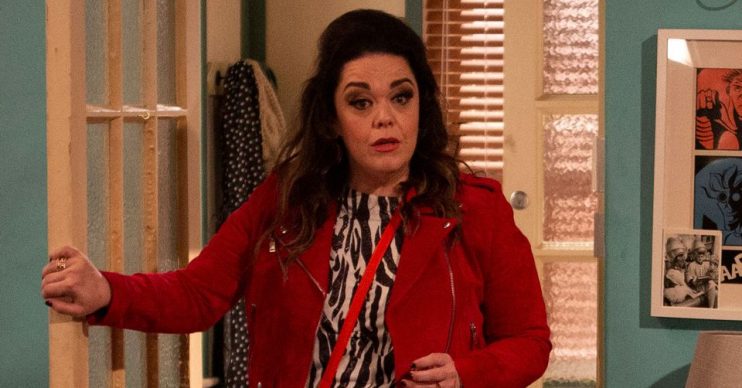 Viewers of Emmerdale have been left disgusted as Mandy Dingle tries to swindle Lydia Hart out of her inheritance.

Mandy was adamant to find out why they were looking for Lydia and it turned out she had been gifted a large amount of money – specifically £10k.

Mandy then sneakily pretended to be her cousin’s girlfriend in order to receive the money.

The only thing standing in her way was the paperwork and a form of identification to prove that she really was Lydia.

Viewers were left disgusted as she tried to steal Lydia’s money from her.

Is Mandy's only option in life to rip off her family. So horrid. I can't stand it. Taking from your own family is a definite no no #Emmerdale

Oh dear Mandy what are you doing 🤦🏻‍♀️ #Emmerdale

Many fans have gone so far as to say they’ll start switching off if Mandy doesn’t either leave or change very soon.

They aren’t happy with her return at all…

You need to get shut of Mandy and her so called son soon, or I won’t be watching anymore!!! #Emmerdale

Really don’t like Mandy being back. She’s not a nice character, only out for herself 😞

#emmerdale Mandy is disgusting. What was the point of bringing her back? There are already enough rank worthless freeloaders in the village.

I can’t stand Mandy. It would have been better to give a decent storyline to some of the existing cast members without taking back a completely pointless character and her hapless son. Ridiculous storyline for a ridiculous character. #emmerdale

There are others thrilled to see her back though, and are loving every second of her return.

I hope she doesn’t get away with this!! But it’s more slapstick than sinister . Mandy’s acting is brilliant though 👏🏻👏🏻

Love Mandy being back.

Viewers know Mandy recently returned to the village with her son Vinny after months away.