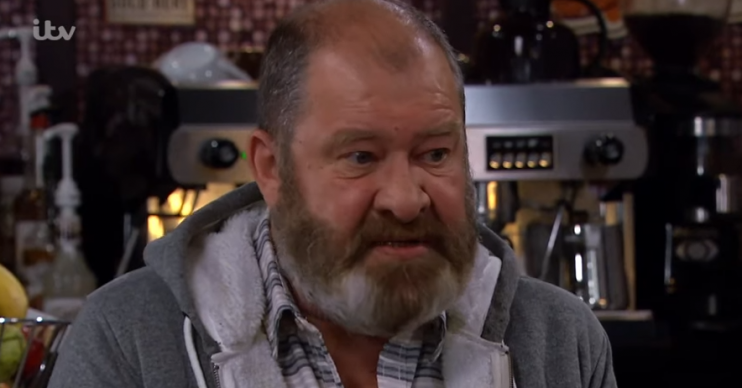 Fans of Emmerdale have been left confused as Bear Wolf hasn’t been seen in weeks.

In a Digital Spy forum one viewer wrote: “Has he left or is he still meant to be there?”

A second said: “Think he’s still in the show, but he’s probably on a break whilst Chas and Paddy are away.

“Unless he’s shacked up with Pearl wherever she is and will not been seen again for two years.”

A third added: “Yes I’d forgotten about him too, so let’s not be reminded.”

Another added: “I quite like him but hadn’t realised he had disappeared until this thread.”

Another commented: “Although just to add in, in answer to the original poster’s question, I do think the character is still meant to be in the village as he has been referenced a few times, and as far as I remember, I haven’t heard anyone mention him going away (as has been the case with Zak, Aaron, Chas etc.)

Bear was introduced into the soap last year as Paddy Kirk’s biological father.

In the 60s, wrestler Bear had an affair with Paddy’s mum Barbara, who was married to a man named Kenneth.

She fell pregnant and gave birth to Paddy and he was raised thinking Kenneth was his dad.

Paddy only found out the truth when his ex-wife Mandy returned to the village, showing the vet a love letter she had found between Bear and his mum.

Paddy managed to track Bear down and a DNA test proved he is Paddy’s biological father.

Since the discovery, Paddy and his girlfriend Chas have invited Bear to move into the Woolpack with them.

In October, Paddy and Chas welcomed their daughter Eve, making Bear a grandfather.

Have you missed Bear?