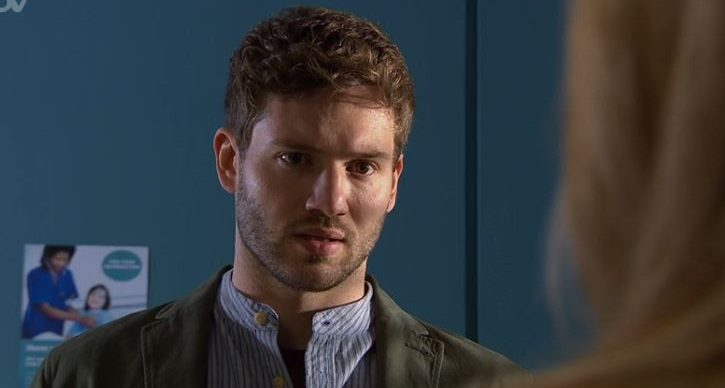 Viewers of Emmerdale were left scratching their heads this week, when the ITV soap appeared to make a bit of a blunder over Jamie Tate’s age.

Eagle-eyed fans were left confused when Kim revealed that son Jamie had received a pony from his dad Frank Tate when he was two years old.

But longterm soap fans will know that Jamie was born in September 1996 and only knew his father Frank Tate for around eight months before the character was killed off in May the following year.

Writing on on Digital Spy Forums, one wrote: “Tonight it said James was given a pony by Frank when he was two. Mistake. James was born in June 1996. Frank died a year later in May 1997. Less than a year.”

Another fan, however, corrected the original poster saying the time was even shorter.

He said: “According to the Wiki, James was born in September 1996 (and actually his birthday is the 24th) so even less time for him to have known Frank for. I’m wondering if they have remembered it’s his birthday they’ll age him up a couple of years?”

Others commented on the fact that actor Alexander Lincoln is actually two years older than his character at 25.

After a bitter paternity battle between Dave Glover and Frank Tate, a DNA test revealed that Frank was in fact his dad.

Now, Jamie might be about to discover his own daughter Millie isn’t his.

In a tense storyline, Graham Foster recently discovered Millie could be his instead of Jamie’s.

While Jamie fully believes Millie is his, Graham knows he and mum Andrea had a one-night-stand exactly nine months before Millie was born.

Andrea has pleaded with Graham to keep their one-night stand a secret, saying: “You can’t tell Jamie, you have to promise.”

Graham snapped back: “I’m promising you nothing.”

Meanwhile, some fans have slammed the soap for the fact Andrea ‘took advantage’ of Graham when he was drunk.

Do you think Jamie is Millie’s dad? Leave us a comment on our Facebook page @EntertainmentDailyFix and let us know what you think!