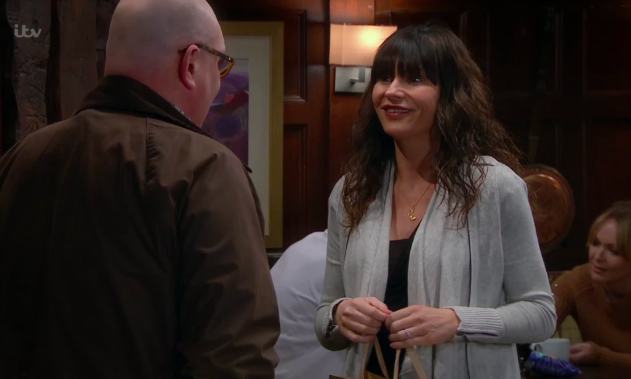 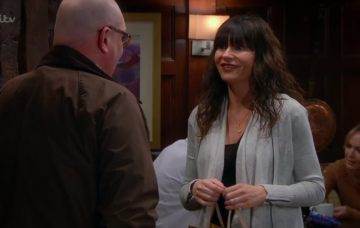 Emmerdale viewers have hit out at the soap and accused it of making an embarrassing blunder.

In last night’s episode the soap seems to have forgotten when Chas Dingle’s birthday was and instead celebrated it a day early.

Every other year Chas’ birthday has been celebrated on February 23 on account of it being when she was born.

But this year the show moved it forward a day and had Cain Dingle make a point of remembering his sister’s birthday, even though it was on the wrong date.

Viewers immediately spotted the howling clanger and they were not impressed.

Another said: “I think Emmerdale skipped the 22nd of feb and went straight to the 23rd.”

It was a bad night for Dingle fans all around as viewers were also furious the soap forgot to celebrate Charity Dingle and Vanessa Woodfield’s anniversary.

One said: “Will Emmerdale acknowledge Vanessa and Charity’s anniversary?”

Another furious fan said: “As it’s a year since #robron reunited and a year since #Vanity became official can we get some scenes of them please @emmerdale #Emmerdale.”

A further fan said: “@Emmerdale even if we don’t have a proper scene to celebrate vanity being official for a year, can we at least get vanity kiss?!

“@Emmerdale any chance we could get some extra vanity content considering it’s their anniversary today…?” said another.