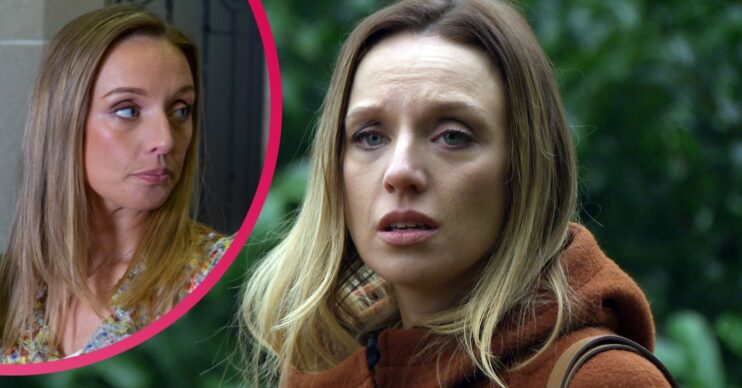 Emmerdale: Top theories for how Andrea Tate could return

The wedding planner is biding her time according to fans

Emmerdale fans are convinced Andrea Tate is alive and just waiting to return to the village.

The wedding planner was seemingly killed by serial killer Meena Jutla, but with no body being seen, fans are sure she survived.

And here are the four biggest theories about how and why she could return.

For all the talk of Andrea surviving Meena – there’s one possibility that could be very shocking.

If Andrea survived but had no idea who she is.

Read more: Emmerdale: Will Charity and Vanessa get back together after nearly sharing a kiss?

She could have wandered off, and received help but without anyone knowing who she is.

Now at some point soap law dictates she would remember and want to return for the life she lost. Unless she happened to run into someone who jogs her memory?

Fans are utterly convinced Andrea is in witness protection.

After all – her death broke the golden soap rule – if you don’t see a body, they’re not dead.

With Meena’s trial coming up soon, fans are fully expecting Andrea to walk into court and give evidence about Meena’s crimes and put her away for a very long time.

Or at least until October when she will inevitably escape just in time for the 50th anniversary celebrations.

The one thing Andrea wanted more than anything was to destroy Kim.

Graham gave her the ammunition to do it before he died – and she faltered.

So what if her return isn’t anything to do with Meena – and that just gave her the chance to put her plan into action?

A triumphant return would be one thing – but one where she takes down the ultimate Emmerdale villain would be quite another.

And perfect for the 50th anniversary shock.

Andrea reunited with Jamie in Emmerdale

It would be a major coincidence that two Tates decided to die within weeks of each other.

Technically three if you count Kim.

Read more: 11 Emmerdale spoilers including a court twist, a drugs arrest and a shock secret

It’s a family rite of passage to fake a death so Andrea would just be embracing her family.

And after all that they would be free of Kim and away from the village that destroyed their marriage.

But when Kim finds out – it will be time for Andrea to return to keep her daughter away from her grandmother.