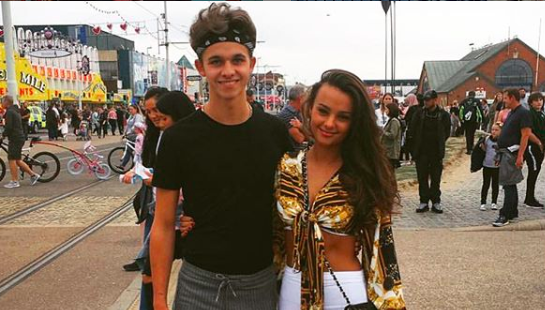 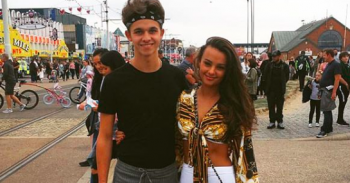 Emmerdale viewers have been gripped by Jacob Gallagher’s grooming and abuse storyline, but behind the scenes the actor’s life is very different.

Joe Warren-Plant has played Jacob for almost nine years and despite being only 16 years old has an impressive life as an actor in one of the most popular soaps in the country.

But unlike Jacob, who is being groomed by paedophile teacher Maya, Joe’s love life is much happier.

He has been in a relationship with girlfriend Nicole Haddow for more than a year and the couple share their life on social media.

Last year he celebrated the pair’s one year anniversary with a touching post about his girlfriend.

He said: “1 Year Today. I look forward to making even more memories with you right by my side. I love you.”

They have shared pictures of themselves enjoying some luxurious and exotic holidays.

Joe and Nicole went to Mexico last year and basked in the hot sunshine of the beach resort, and they took every opportunity for some glamorous pictures.

They even went scuba diving. In later pictures had a change of pace and visited Blackpool on a sunny day.

Joe’s famous friends from his time on the show also feature on his Instagram.

The likes of former co-stars Gemma Atkinson and Adam Thomas star in some of the pictures as well as superstar boxer Anthony Joshua from celeb bashes and charity events.

Joe also sparked massive envy last month when he revealed he had bought his dream car, a 1967 Ford Mustange V8 Coupe, despite being too young to drive.

He wrote: “So…….I bought my DREAM car at the age of 16! I never thought I would ever get this lucky.

“Just wanted to say Thank you to all who played a role in the process: My Family. My friends. And most of all, the fans!

“I love every single one of you and appreciate the continuous support you have given me over the past 9 years at Emmerdale!

“Thank you for this opportunity, it really means a lot to me.”

What do you think of Joe’s car? Leave us a comment on our Facebook page @EntertainmentDailyFix and let us know what you think!