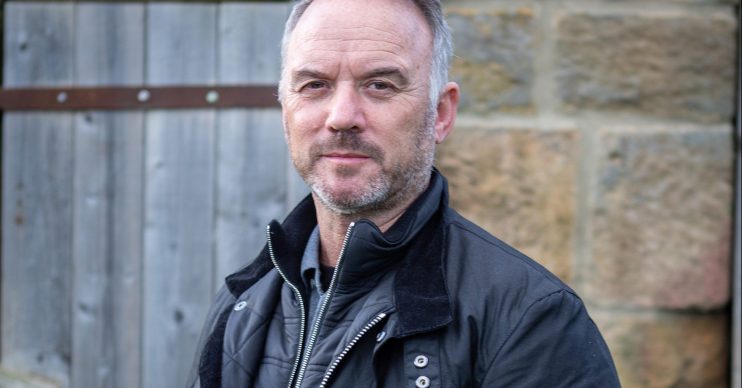 Will the toy end Malone?

The young son of Dawn Taylor has returned home to live with her at Harriet’s cottage with her dad Will and the vicar herself.

But the soap made a big deal about showing Lucas’s former foster carer giving him a special teddy bear to remind him of her.

When pressed the bear plays a recordable message that currently says: “I love you Lucas.”

However fans are confident the bear will prove crucial in Will’s attempts to escape evil police officer Mark Malone’s clutches.

They think it will be used to record one of Malone’s many violent threats to Will and his family.

Viewers know he has been blackmailing Will into carrying out his illegal activities and now he has drawn Dawn’s boyfriend Billy into it all too.

Writing on a Digital Spy Forums thread about the teddy bear, fans have been speculating on its importance.

One said: “I’m half expecting it to have a camera or microphone in it, it’ll be used to expose the dodgy copper.”

Another agreed adding: “Either that or the dodgy copper will record something to it or have it decapitated, he has threatened Will and his family.”

A third concurred saying: “Given the level of writing in Emmerdale, it’s a guarantee it’s going to be crucial at some point for it to be so prominent.”

Will Cain die at Malone’s hands?

Actor Jeff Hordley, who plays Cain, has teased that his character could die at the hands of Malone.

He says: “Mark and myself have just been really enjoying these sparring matches.

“But I do think he’s met his match – maybe on both counts. As the story will play out, we’ll find out.”

Asked whether their upcoming confrontation could be fatal, he said: “I don’t know.

“I’ve not read the scripts, so I don’t know whether that involves me or not.

“Or if the story then pushes forward with other characters or whether I carry on with it.  They don’t tell us much, believe it or not.”

Do you think Malone could kill Cain? Leave us a comment on our Facebook page @EntertainmentDailyFix and let us know what you think!