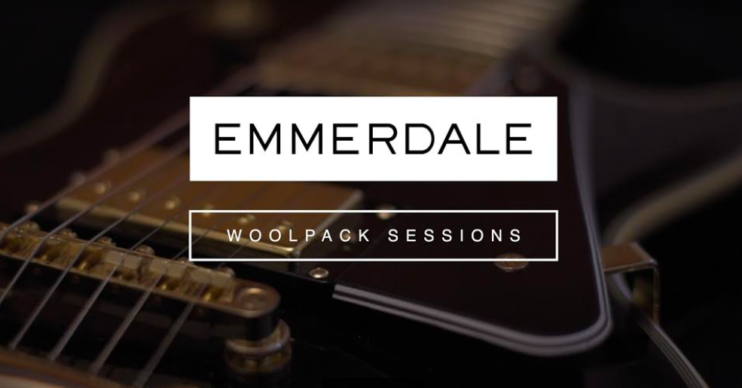 Bradley Johnson and Isobel Steele are among those taking part

Emmerdale may not be currently filming, but its stars have vowed to keep fans entertained with The Woolpack Sessions.

Some of the cast are set to perform as-live music sessions straight from their homes in lockdown.

Bradley Johnson – aka Vinny Dingle – has already been posting his recordings of classic covers on social media.

Hopefully people will like it and it will entertain them.

Who will be performing first?

The Woolpack Sessions will be streamed on the Emmerdale YouTube channel, with Bradley first up to the mic.

He’s set to perform the Whitney Houston classic I Wanna Dance With Somebody.

This Thursday @emmerdale are launching the #woolpacksessions and I’m honoured to be singing this week live on YouTube.
THURSDAY 7PM….. see you there 🙌🏻 pic.twitter.com/yPV1EyYFh9

Speaking about being lined up to perform, Bradley said: “When I was asked to perform for The Woolpack Sessions I was delighted.

“It’s a perfect opportunity to put a smile on peoples’ faces in such a strange time.

“Everyone loves a good sing song and I will find any excuse to get the piano out. Hopefully people will like it and it will entertain them.

“I hope everyone is staying well and staying safe.”

Meanwhile, Emmerdale’s Digital Producer added: “With filming stopped we thought it would be fun to harness the creativity of our cast under lockdown.

“It’s been tricky getting the tech side of things sorted out but the cast involved are all really talented and we hope you will be impressed.”

Bradley has previously appeared on BBC competition Let It Shine and was a finalist, so his vocal talents are well-known.

Isobel has also displayed her own singing abilities regularly on social media and has even released her own EP, Sounds From The Lounge.

When can you watch Emmerdale The Woolpack Sessions?

Bradley’s turn at the mic will fill the soap-shaped hole on Thursday, April 30, at 7pm.

With all the soaps reducing episode broadcasts due to filming shut down as a result of coronavirus, fans have been calling for something soapy to air on a Thursday night.

Currently, Emmerdale airs Mondays, Wednesdays and Fridays, as does Coronation Street, while EastEnders is on Mondays and Tuesdays.