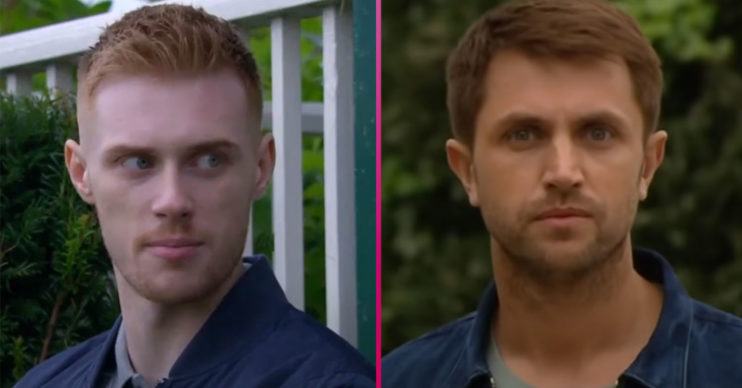 The boys are on a romantic break to Dubai

Emmerdale stars Max Parker and Kris Mochrie have confirmed their relationship with posts from their romantic holiday.

The couple play brothers Luke and Lee Posner in the soap and are currently on a romantic break in Dubai together.

They have posted a string of stories showing their luxury getaway including first class flights and a stunning hotel suite.

Max and Kris also posed closely for a picture in their pool together.

The couple’s relationship was revealed earlier this summer after they enjoyed a “string of dates”.

A source told The Sun: “They met on Kris’ last day filming and just hit it off.

The insider added that it’s “early days” but the pair are “really enjoying themselves and who knows what the future holds”.

The couple sparked speculation when they filmed themselves on social media on a hike in the middle of a thunderstorm.

Kris, who played rapist Lee Posner on the soap last year, posted a video to Instagram showing him and Max walking through the rain.

He wrote: “When you go for that nice summer walk… I’m dripping.”

Max, who plays Luke, also filmed himself with Kris walking behind as he says: “Feeling dry?”

Later, Kris also shared a cute picture to Instagram in July and it left fans thrilled.

The image shows the pair soaking up the sun on two sun loungers.

Another commented: “Great pic guys. Wishing you both all the best.”

A third said: “Both look fabulous!”

Max recently told The Sun he and Kris met on set and struck up a good friendship in real life.