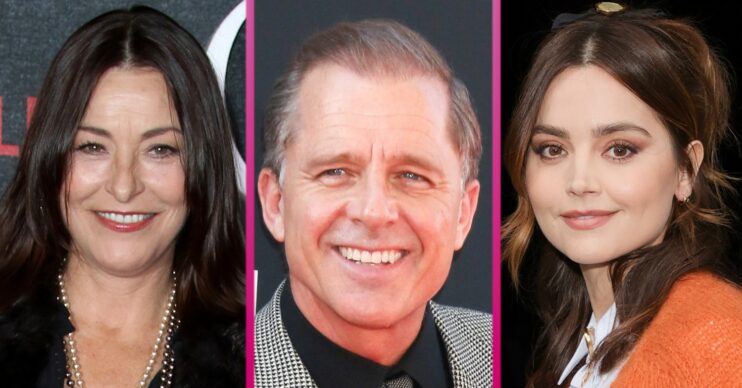 4 most famous Emmerdale stars from Hollywood royalty to Patsy Kensit

These superstars all appeared in Emmerdale in major roles

Emmerdale has had some huge stars passing through the village over the years.

But while some rival soaps have big stars as cameo roles or short stints – Emmerdale has them as full-time regulars.

Here are four of the biggest stars to appear in the Dales.

Beginning her career as a child star in the 1970s, Patsy Kensit was one of the most famous actresses in Britain before she joined Emmerdale.

Read more: Emmerdale SPOILERS: Manpreet jailed for Meena’s killing as she attacks her in a fit of rage?

But it was her role as Sadie King – a character second to only Kim Tate in the soap’s history – that put her back on the map.

It was inspired and for three years she delighted audiences before quitting.

The Hollywood star joined the ITV soap in 2009 as millionaire Mark Wylde.

While it may have seemed strange for an actor of his stature to join a soap, it wasn’t really different for him.

His long career has seen him become instantly recognisable after roles in shows as varied as Murder, She Wrote and Dynasty.

Star of stage and screen, Amanda was a casting coup for Emmerdale when she joined in 2009.

She has been in huge Hollywood movies like Liar Liar opposite Jim Carey, as well as a list as long as your arm on television.

Roles in LA Law in the US and Bad Girls in the UK have made her one of the most recognisable faces on TV.

So when she rocked up in the village as Wylde family matriarch Natasha, it was huge news.

Sadly she only stayed for a year before leaving for pastures new.

The actress shot to fame in 2005 as Jasmine Thomas in Emmerdale before quitting in 2009.

After a few years out of the limelight – though still working steadily, Jenna became internationally famous.

Dating Game of Thrones star Richard Madden, her career soared when she joined Doctor Who as Clara Oswald.

It catapulted her to worldwide fame – and other roles quickly followed.

She headlined Victoria on ITV for years – and will soon star in The Sandman in America.