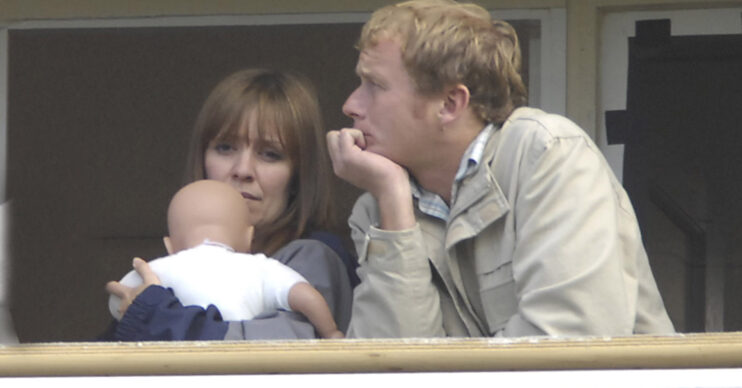 Long before her Emmerdale days, Zoe Henry was in Coronation Street

The Rhona Goskirk actress, 47, is beloved by soap fans for playing the vet.

However she got her soap start on Corrie as eco warrior Spider’s vegan girlfriend Log Thwaite.

She was an enemy of Toyah Battersby who had her own designs on tree-hugger Spider.

Read more: How old is Ethan in Emmerdale? Viewers have a huge theory about his mother!

Toyah hatched a plot to rid herself of vegan Log by convincing her to eat a bacon sandwich – and then tricking Spider into catching her.

He was horrified and dumped her for not being as committed to the cause as he was.

But that’s not her only time in Corrie as she was responsible for causing all kinds of fireworks for Ashley Peacock and wife Claire.

She played Casey Carswell, who befriended Claire but ended up having an affair with Ashley.

At one terrifying point, she kidnapped the couple’s baby son Freddie.

The horrifying scenes played out in 2007.

Leave us a comment on our Facebook page @EntertainmentDailyFix and let us know what you think of Zoe Henry in Coronation Street.