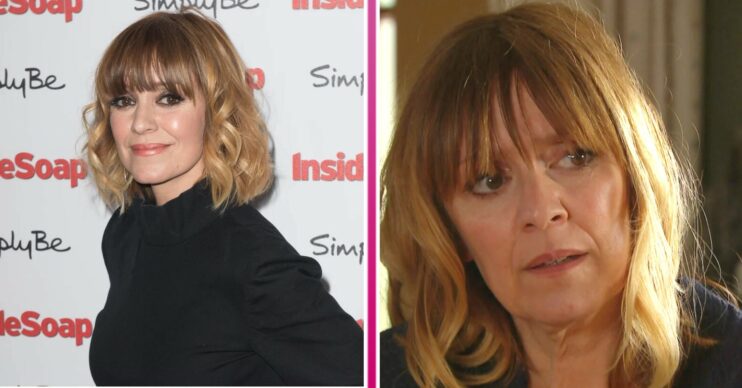 Fans were overjoyed to see the star's summer veggies

Emmerdale star Zoe Henry has shared a summer update on her veg patch, which she shares with husband Jeff Hordley.

The actress, who plays Rhona Goskirk on the soap opera, shares her veg patch with co-star and real-life husband, Jeff Hordley (who plays Cain Dingle).

The pair have delighted fans in the past with updates from their beloved veg patch. However, tales from the allotment have been sparse lately, with Zoë and Jeff keeping busy with their work on the soap.

What is Zoe Henry saying about the veg patch?

Summer joy. Been a bit busy this year with other (good) stuff, so not so sociable on here. But the allotment still goes on. 🌱💚 pic.twitter.com/8Ik0AZNR3D

Acknowledging that she hadn’t shared an allotment update for a while, Zoe shared a selection of her summer crop.

Posting the pictures on her Twitter account, Zoë shared a colourful batch of fruit and veg – including potatoes, tomatoes and berries.

How did the couple’s fans react?

Fans were overjoyed to hear Zoe’s update from the veg patch.

One said: “I’ve missed your allotment updates this year, but you have been a busy bee. Just look at those fabulous colours!”

Another fan echoed the sentiment: “Looks amazing… have missed your allotment pics.”

Read more: When did Jeff Hordley join Emmerdale? How old is he and how many kids does he have?

Another concurred: “Those spuds look bloody fantastic. Can’t beat fresh spuds out of the ground.”

Others shared favourite recipes, with one twitter user suggesting “some sort of veg stew, new potatoes followed by a berry crumble.”

It was clear that fans had missed ZoE and Jeff’s allotment stories, and were glad to hear from the pair.

Let’s hope they don’t leave us waiting so long next time!

What do you make of Zoe and Jeff’s veg patch updates? Tell us on our Facebook page @EntertainmentDailyFix.