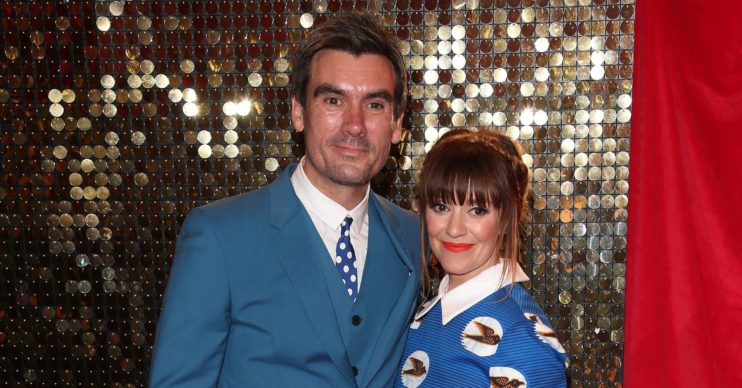 Emmerdale star Zoe Henry has revealed her nerves when she had to film a scene with her co-star and real-life husband Jeff Hordley.

Speaking to Inside Soap, the actress reminisced over filming the scene where her alter ego Rhona tried it on with Jeff’s character Cain.

She said: “I thought it was hilarious when we found out that Cain is actually Rhona’s secret crush” she admitted.

She added: “There was another scene after Pierce had gone [the first time], where Rhona got a bit drunk and tried it on with Cain in the Woolpack. That was horrendous to film, as I was nervous about having to work with Jeff.”

While it’s rare that Rhona and Cain are in scenes together, they worked together for tonight’s episode (Wednesday, July 15).

Cain learned about Nate and Rhona’s secret business deal and told them not to tell Moira. However Kim stormed in furious, having also found out about the partnership.

As Nate and Rhona explain it wasn’t an act of revenge against her, Kim’s not convinced.

She threatens to bankrupt them – will she follow through?

Zoe and Jeff met on the set of Emmerdale in 2001 when Zoe joined the show. The couple got married in 2003 and went on to have two children together.

The couple also have two dogs, one named Rita and a new addition called Ronald.

Jeff introduced Ronald last month on Loose Women saying ‘he’s kept them all busy and has been a great focus’.

As well as working together, Zoe and Jeff run an allotment together.

Emmerdale actress Charley Webb recently shared a picture of her roast dinner revealing it was courtesy of her co-star’s allotment.