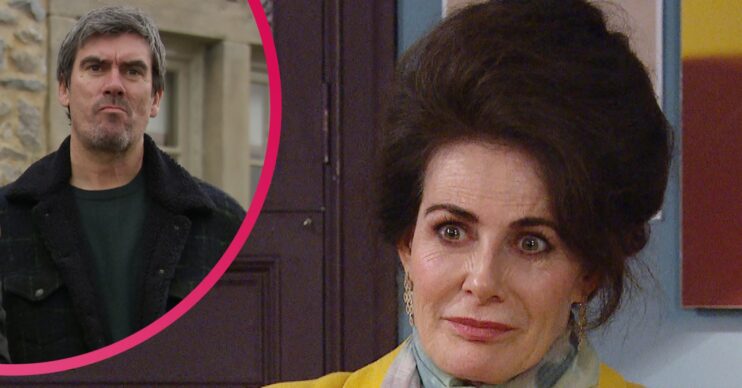 Faith was told her cancer has returned

Emmerdale star Sally Dexter has revealed the real reason Faith is hiding her cancer diagnosis from her children Cain and Chas.

In tonight’s episode (Thursday, May 12) Faith went to the doctor and it was confirmed her cancer had returned.

Faith seems set on keeping it from her family and the only person who knows about her diagnosis is her daughter-in-law, Moira.

But now Sally Dexter has revealed why Faith is keeping her diagnosis a secret.

Speaking to Entertainment Daily and other media: “If she lets Cain and Chas know, she’s fearful, particularly with Cain, that he will pity her, but still despise her.

“There would be no chance they could have a proper, honest, full mother and son relationship without it being tinged that he’s just guilt-ridden and responding to his mother out of guilt rather than that he loves her.”

“There is a chance in her mind that the worst outcome is they find out she’s got cancer and she’s alone. That’s the hardest thing of all.”

Speaking about the plot, Sally said: “It’s upsetting, but really important as a storyline. Because it’s more than a storyline for so many people.

“I feel a sense of real responsibility, but also a privilege to be doing this storyline.”