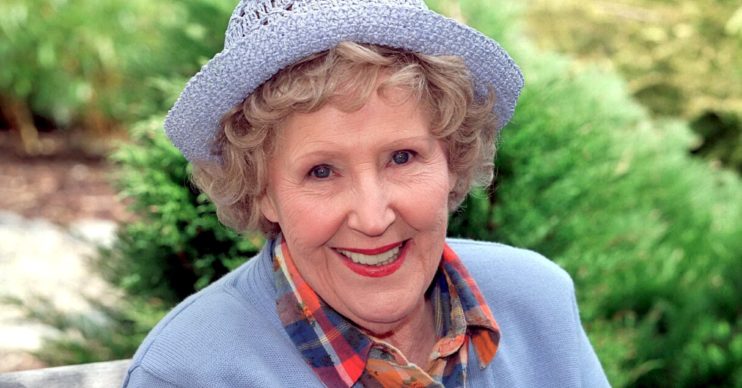 She died of natural causes a few months ago

Her family released a statement via Emmerdale confirming that the beloved actress died of “natural causes” a few months ago.

“The family of Paula Tilbrook are sad to confirm the peaceful passing of their beloved Paula.

“She died of natural causes a few months ago at home with her loved ones beside her. The family respectfully requests privacy at this difficult time.”

Paula joined the show in 1994 and established Betty as a gossip, but good, loyal friend.

Betty was the former lover of Seth Armstrong and she first arrived in the village to find him.

The pair left for an extended stay in Australia, but she got homesick and left him there. When he was due back in Emmerdale for Christmas, he sadly died on the plane and they were never reunited.

Betty left in 2014 to go on a cruise around New Zealand. She was heartbroken when she returned in 2015 to find Victoria had stopped reading her emails because she felt they were boring.

Feeling left out and unwanted, Betty subsequently revealed her plans to return to Australia for good.

She had met a man named Reuben. She went off to start a new life with him, bidding farewell to the Dales forever in May 2015.

However it wasn’t the last we saw of Betty, she regularly Skyped the locals from a webcam in Australia.

Laurel and the family went out to Oz for the funeral and Doug Potts, decided to move into Sandy’s old apartment after Betty offered it to him. This was Betty’s last mention on screen.

What else was Paula Tilbrook in?

Paula Tilbrook’s television debut came in 1969 sitcom The Dustbinmen. She was also in Ken Dodd and the Diddymen and therefore became a regular on Ken’s BBC Radio 2 programmes.

Paula also starred in 11 episodes of Coronation Street in 1973 as Vivienne Barford.

She also appeared in Last Of The Summer Wine and Brookside.

Emmerdale has released a statement about the death of Paula.

“We are saddened to hear of the passing of our much loved colleague, Paula Tilbrook.

“Paula was at the heart of Emmerdale for many years and she will be greatly missed by all who worked with her and by the fans of her character, Betty.

“We have lost a great talent and a wonderful friend but she will forever live in the memories of those lucky enough to have known her.”

Tributes have been pouring in for Paula on Twitter as fans take in the news of her death.

We're saddened to hear of the passing of Emmerdale icon, Paula Tilbrook, whose portrayal of the lovable busybody, Betty Eagleton (sort of Armstrong ) kept us entertained throughout her years at Emmerdale. ❤❤ RIP. pic.twitter.com/jMyHrqy8F8

RIP Paula Tilbrook. A wee icon. Loved her in Emmerdale.

This year is just awful. Rest in peace Paula Tilbrook. Betty was such an iconic character ❤️ #emmerdale pic.twitter.com/rUZhWRX7z9